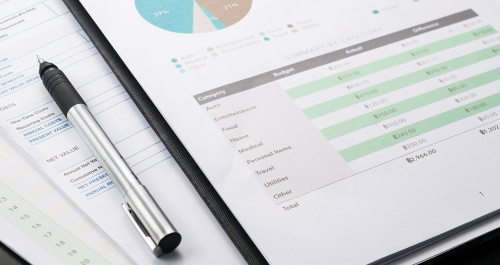 The state’s pension plan for public school district and college employees received a funding boost this legislative session to stay afloat, but retirees are still expected to see increased costs.

The Teacher Retirement System of Texas was allocated an additional $212 million after its leadership initially requested $1.35 billion to resolve a budget shortfall for its medical offering, TRS-Care.

As part of House Bill 3976, which Gov. Greg Abbott signed into law June 12, TRS-Care is no longer required to offer a $0 monthly premium health plan to retirees under 65 years old, a group that is ineligible for Medicare.

Rep. John Zerwas, R-Richmond, who co-authored the bill, said the $0 monthly premium option, combined with rising health care costs in general was financially unsustainable. He said the Texas Retired Teachers Association worked with legislators to find a solution but the amount needed to keep TRS-Care afloat was too much to allocate this year alone.

"We're going to have this conversation again in the 86th Legislature," Zerwas said.

Now, the remaining option for those retirees is a $200 individual premium, but they are still not required to pay monthly contributions until 2020 under certain conditions. Premiums are the preset fees for coverage.

“Everybody’s [costs] went up but the problem with the under 65 [group] is because there’s no Medicare to be mixed in to affect that premium; they were impacted because it increased their deductible,” Young said.
The bill also said the state would contribute 1.25 percent of active employees salaries, up from the previous 1 percent contribution. Katy ISD’s district contribution to TRS-Care also increased from 0.55 percent of payroll to 0.75 percent.

“So it took away $980,000 of what we could be doing for kids in Katy ISD,” Smith said. “It’s going to a good cause—it’s going to our retirees—but it’s not helping educate kids that are looking at us every day.”

According to KISD data, retirement contributions from regular payroll staff members increased from 6.4 percent in fiscal year 2010-11, to 7.7 percent in FY 2017-18.

Smith said he saw no immediate evidence KISD employees will delay retirement in order to avoid paying more for health insurance. Meanwhile, the district has about 250 retired employees who came back to do part-time work in KISD.

When TRS launched in 1985, it was expected to remain solvent for a decade with additional funding as needed. But its funding formula has not changed since 2005, a legislative joint interim committee reported last year.

Tim Lee, executive director of the Texas Retired Teachers Association, testified before the committee in March 2016 that without the additional allocations, retirees’ TRS health insurance premiums could have tripled by Sept. 1.

The office of the Texas Comptroller of Public Accounts said rising costs, a growing retiree population and an outdated contribution system led to the funding shortfall. Young blamed the state and said retirees with fixed incomes are especially susceptible to the change in plan contributions.

“[That is] a big problem—oversight and not anticipating the future,” Young said.
SHARE THIS STORY