As the closure of polls nears in Harris County, officials with the county clerks office reported that more than 200,000 ballots have now been cast on Election Day.

Most polling locations did not have major lines as of 6:45 p.m., though a line of around 50 people was reported at the Lone Star College Victory Center on Victory Drive in the northwest Houston area.

• Trendy Sandoitchi sandwich pop-up opens for orders in the Heights

A U.S. District Judge in Washington D.C. ordered the U.S. Postal Service to send postal inspectors to processing facilities in 12 postal districts across the country—including in Houston—to "sweep the facilities" for any mail ballots that may have been lost and immediately send those ballots to election officials.

The Houston USPS district covers multiple counties in southeast Texas, including Harris, Brazoria, Fort Bend and Montgomery counties. In Harris County, an estimated 170,410 mail ballots were received by the county at the end of early voting. The county sent 250,434 mail ballots to eligible voters in total.

To be a counted, a mail ballot must be received by the Harris County Clerk's Office by 5 p.m. Nov. 4, the day after the election, but must be postmarked by 7 p.m. on Election Day.

Lines remained short across polling locations in Harris County as of 1:30 p.m., according to a tracking system being used by the Harris County Clerk's Office, with most locations reporting wait times of 5 minutes or less and all locations falling within the 0-24 minute range.

There were no lines at several north Harris County polling locations as of mid-afternoon, including Cy-Fair ISD's Hamilton Middle School, Klein ISD's Ulrich Intermediate School and the Cy-Fair ISD Annex, all pictured below. 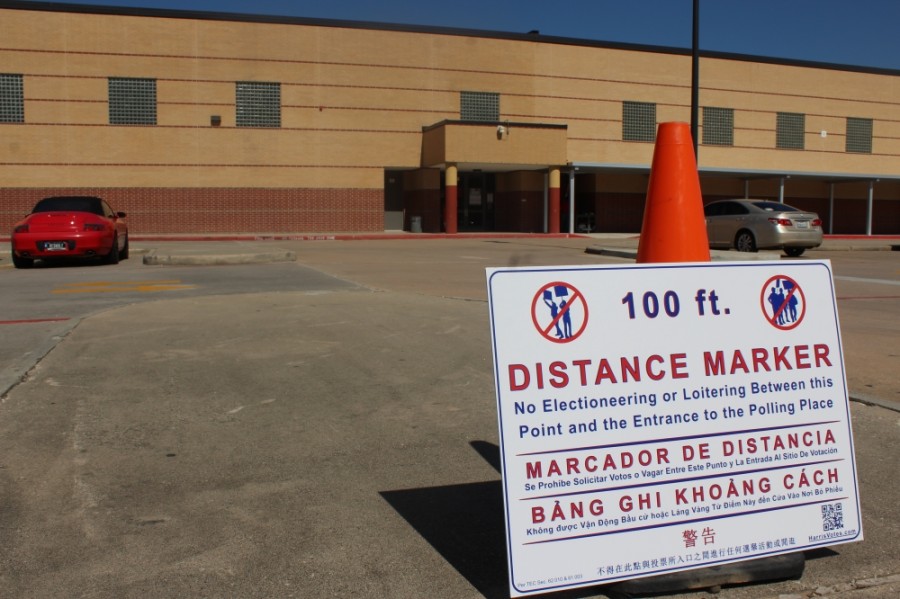 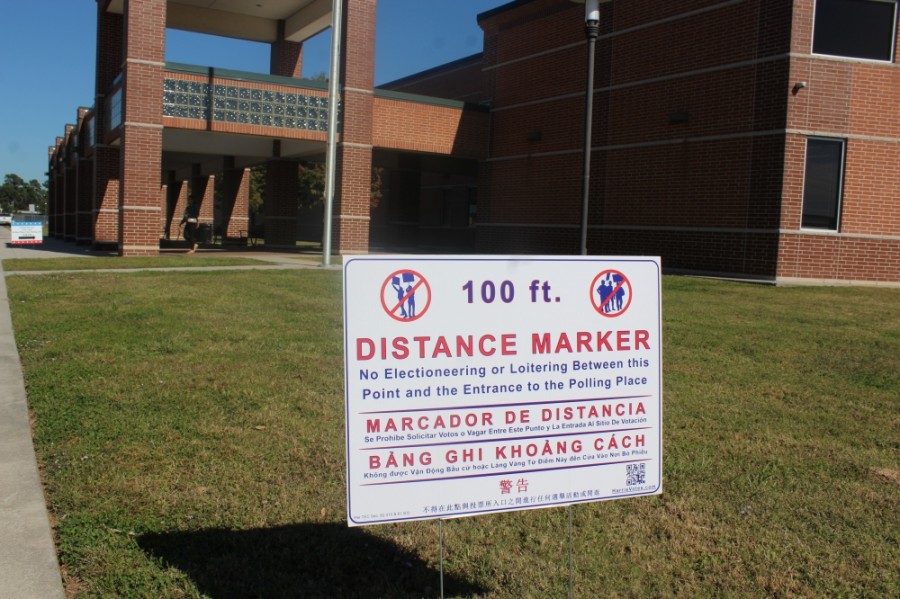 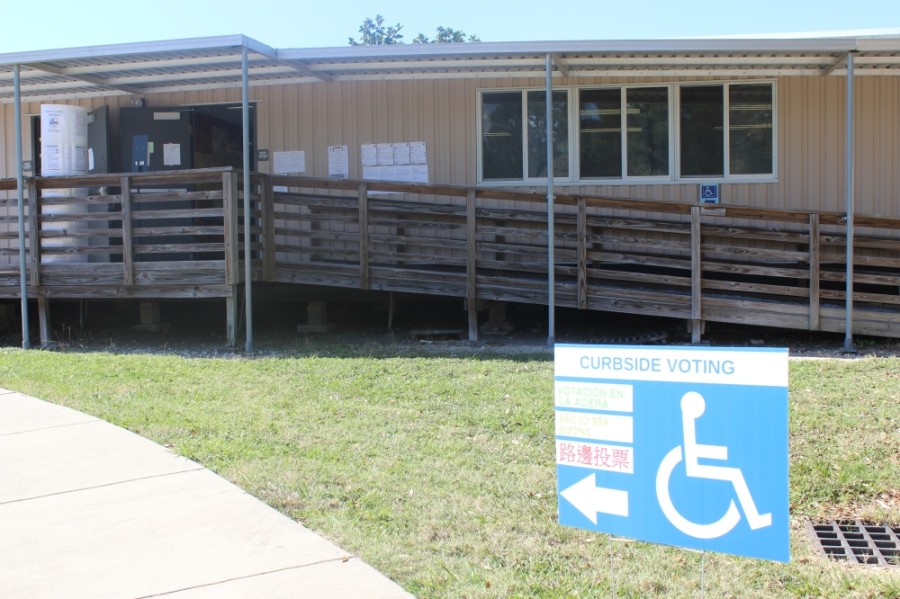 Harris County is seeing about 25,000 votes per hour coming in across its 800 polling locations, County Clerk Christopher Hollins said in a press conference given with Houston Mayor Sylvester Turner at 11 a.m. outside of the Acres Homes neighborhood in Houston.

At the start of Election Day, about 1 million registered voters in Harris County still had not voted, Hollins said.

There were few to no lines at polling places across the county as of 11 a.m., Hollins said.

"We’re going to get to the end of the day, and I think there probably will be some lines," he said. "So I want to tell folk: get there by 7 p.m., and get in line and don’t get out of line. As long as you get in line before 7 p.m., you have the right to vote."

Polls close at 7 p.m., and Hollins said he expects early voting results, including mail ballots, to be released around that time. Election Day results will be published over the course of the night as they are counted, he said.

Heading into the lunch hours, most voting centers were still reporting no lines and no wait times, and 75,000 ballots had been cast.

The Harris County Clerk's Office reported that over 21,000 people cast ballots in the first hour of Election Day voting.

With about 1.4 million early ballots cast and 2.5 million total registered voters in the county, a million potential voters have yet to participate.

With 800 voting locations across the county, there are more than a few unique locals, including a precinct judge's garage and Buddy's, a gay bar in Montrose.

Find the nearest voting locations and wait times at www.harrisvotes.com/locations.

There were virtually no lines and no wait times reported across the county's 800 voting centers as the first hour of Election Day voting got underway.

The Hampton Inn Galleria, Lone Star College Cypress Center and HCC Alief Center locations were among the few reporting lines of about 50 voters and wait times of about 25 minutes.

Find the nearest voting locations and wait times at www.harrisvotes.com/locations.

The decision came after a federal district court judge rejected a lawsuit Nov. 2 seeking to have nearly 127,000 ballots cast at drive-thru voting locations in Harris County thrown out. In the court's guidance, however, it suggested that the county's temporary tents that were set up for voting did not meet the legal definition for a "structure" that is required to house a voting location.