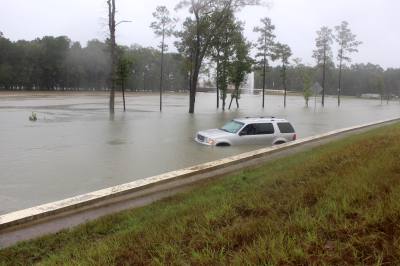 The Texas Department of Emergency Management uses a formula to determine the dollar amount of damage a county must sustain to qualify for an application from the state to the federal government for a federal disaster designation.

Additionally, statewide damage must total 800 or more uninsured homes that have been destroyed or received major damage and over $37.7 million in damage. If both thresholds are not met, the state will not qualify for a federal disaster designation and therefore funds cannot be extended to individual counties.

If granted a federal disaster designation, the county and the city may receive funding from the Federal Emergency Management Agency for rebuilding both public and private infrastructure. The notoriously slow process, means many repairs are performed before funds are disbursed and are instead allocated in the form of reimbursements.

Despite a need to “streamline the process” Turner said he and Hidalgo are working to gain the federal disaster designation quickly to set the process in motion.

“We are doing everything we can to get [President Donald Trump] to sign a declaration,” he said.

Turner said he was encouraged by remarks made by Trump on a visit to Houston on Sept. 21 during which he said he “wanted to do everything he could.”
SHARE THIS STORY

A new research building is underway that will be located in the heart of a future 37-acre TMC3 campus.

Patrons can enjoy a free festival that will include a lineup of 57 musicians, a Haunted House Maze, Trunk or Treat and costume contests.