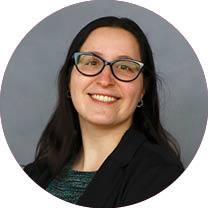 Those driving through the Heights may notice the growing bar scene in the area. Among the new concepts that either just opened or are coming soon are EZ’s Liquor Lounge, which opened on Oct. 24; Heights Social, coming in December; and Padre’s Wine, a bottle shop set to open in early 2023.

An Agricole Hospitality venture, EZ’s Liquor Lounge is a dive bar with a vintage feel and is located at 3302 White Oak Drive, Houston—directly next door to another Agricole establishment, Italian restaurant Coltivare. EZ’s serves up classic drinks, such as margaritas and martinis, as well as fresh takes on the classics, such as their dulce de leche old fashioned. The Tex-Mex influence continues with food items that include Texas firecrackers and chili pies. EZ’s is housed in a building from the 1950s; nods to the time period are made throughout the restaurant, including a self-serve water tap on a '50s-era refrigerator. The establishment can be reached at 713-637-4095 or www.agricolehospitality.com/ezs-liquor-lounge.

Heights Social, a concept by Houston bar owner Zach Harris—located next door to his other venue Drift Bar—is slated to open in December at 1213 W. 20th St., Houston. The drink menu will be martini-centric, while the food offerings will include charcuterie boards and thin-crust pizza. According to a press release from last May, this is the first concept to come from Harris’ new hospitality group Harris Hospitality with the goal of being a major hangout spot for Houstonians. Read more here. See more about the business at www.instagram.com/heightssocialhouston.

A wine shop and bar concept by longtime Houstonian and wine distributor William Farley, Padre’s Wine—which pays homage to Farley’s late father, Mike Farley—is coming in early 2023 to 3522 White Oak Drive, Houston, in the former Obsidian Theatre space, per a Nov. 10 press release. Padre’s will offer 500 labels sourced from other small distributors as well as a selection of South American wines from boutique shops. In addition to the bottles on-site, guests can also choose from 20 rotating wines by the glass. The venue will also feature a small food menu to complement the wine with charcuterie boards, paninis and other small items.