Lakeside Row to bring townhomes, apartments to Bridgeland in Cypress 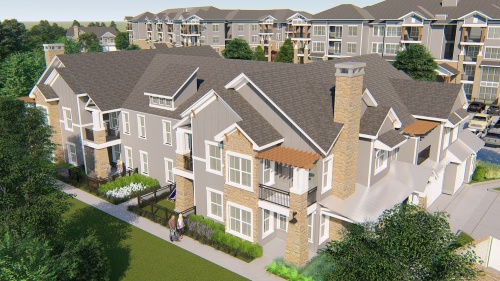 Officials with The Howard Hughes Corporation announced in a May 13 press release construction is underway at Lakeside Row, a new multifamily real estate project featuring townhomes and apartments in master-planned community Bridgeland.

Pre-leasing will begin in July, and rental costs have not yet been announced. Residents should be able to move in by fall 2019, according to officials. Short-term and long-term leases will be available, officials said.

Located in Lakeland Village, the new residential development will be located next to Josey Lake and feature craftsman-style architecture.

Twelve two-story townhome buildings along the perimeter of Lakeside Row will include a one- or two-car garage with each unit, and many will have fenced yards and gas log fireplaces, according to the release. A total of 312 apartment units will feature up to three bedrooms and smart technology.