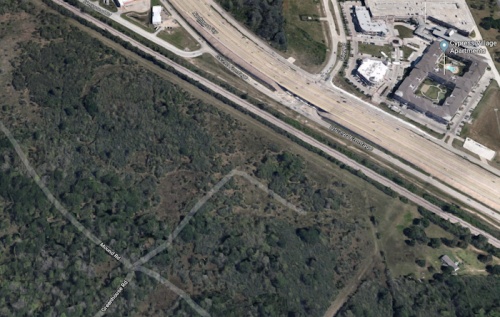 A road project to connect Greenhouse and Skinner Roads with an underpass under Hwy. 290 in Cypress scored a win March 22 when the Houston-Galveston Area Council chose to include the project in its four-year transportation plan, a move that could come with up to $28 million in federal funding to support the project.

The plan calls for a six-lane roadway with 10-foot-wide hike and bike lanes along both sides of Greenhouse. The underpass would also run beneath the Union Pacific Corp. line at the intersection.

The project was submitted to H-GAC by Harris County MUD No. 500, which has agreed to provide the local funding, said Patti Knudson, chief executive officer of Knudson LP, the firm brought on board by MUD No. 500 to manage the application process. The project also received support from Harris County Emergency Services District No. 9—which has an interest in improving mobility for fire and EMS vehicles—and the Metropolitan Transit Authority of Harris County, which operates the Cypress Park & Ride at Skinner Road and Hwy. 290, Knudson said.

"All of the partners who played a role deserve a pat on the back for making this happen," she said. "I think the partners in the Greenhouse underpass submission have come up with a pilot that can be replicated to help accelerate our mobility improvements throughout Cy-Fair."

Knudson said she will provide an update to MUD officials in April, and design and engineering work could begin soon, based on when the MUD authorizes work to begin. Because the project is in the latter part of the four-year plan, it could receive federal funding around 2022. However, Knudson said it could be shovel-ready in as little as 14-18 months.

The project would be designed with TxDOT and the Union Pacific Corp., the latter of which has also submitted a letter of support, Knudson said. To build the road underneath Hwy. 290, the eastbound frontage road of Hwy. 290 would be lowered to meet the elevation of the underpass, according to the application. The U-turns would remain at the existing elevation. The project also calls for building a stormwater pump station to mitigate flooding during heavy rains.

Gary Trietsch, executive director of the Harris County Toll Road Authority, submitted the amendment to have the Greenhouse underpass added to the TIP. At the March 22 meeting, he argued the project provided notable safety benefits.

Officials with HCESD No. 9 have previously said mobility improvements provided by the underpass would allow the district to be more efficient in planning future fire stations.

The project's addition to the TIP did not knock any other projects off H-GAC's list, Knudson said. Instead, H-GAC made use of reserve funding to include the project in the 2019-22 plan.