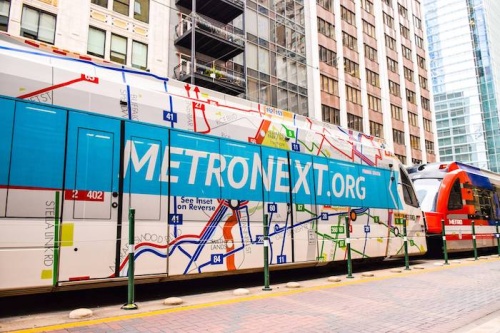 METRO officials are in the middle of a public education campaign before they release a mobility plan this summer. The April 17 Cy-Fair Chamber Luncheon features a guest speaker from METRO.

The Metropolitan Transit Authority of Harris County is in the final phase of a plan to address public transit needs in the Greater Houston area.

Details of the METRONext plan were discussed at an April 17 luncheon hosted by the Cy-Fair Houston Chamber of Commerce.

Sanjay Ramabhadran, an engineer and METRO board member, detailed the need for expanding public transportation in the Greater Houston area. He said METRONext is in the public input and education phase of the study, which involves speaking to groups across Houston before releasing a final plan this summer.

The main goals of the plan involve improving safety, accessibility, speed and connectivity, including forming more connections between major activity centers and airports.

“We are in the process of getting a workshop on what all these projects should be and what we should plan out next,” Ramabhadran said. “Folks want more connections. They want speed, they want reliability, they want us to use technology to [our] advantage [to] improve the speeds.”

Future plans for METRO potentially include autonomous buses, or buses without drivers, Ramabhadran said. The process of testing the buses has gone well, he said, although the they tend to overheat in the Texas weather.

“We’re investing in technology, getting ready to future-proof where we’re headed,” he said. “Will autonomous buses completely solve our problems? No. But we want to make sure things we are putting in place will withstand the test of time.”

Ramabhadran said other improvements include upgrading vehicles so they can better handle high water situations and finding ways to reduce ride times both on the rail system and in high occupancy vehicle lanes.

Ramabhadran also discussed METRO as an organization, including its mission and its effectiveness in serving Houston. He said a number commuters roughly equivalent to the population of Atlanta drive into the core of Houston on a daily basis. METRO projections suggest the population of the Houston area will grow from 6.5 million people in 2015 to 10 million people in 2040.

METRO’s role in Houston’s daily transit would be felt immediately if the system did not exist, Ramabhadran said.

“Between now and 2040, we will add the populations of the city of Dallas, Austin, Arlington, San Antonio and Corpus Christi on top of ourselves,” he said. “Today Houston is the fourth largest city… If the unincorporated portions of Harris County were its own city, that would be the fifth largest city.”

METRO is seeking comments, feedback and opinions related to public transit as the organization finishes its plan, Ramabhadran said. Those interested in providing a comment can do so at www.metronext.org/participate.