The daily total, the third highest in the county's history, came as Texas confirmed a total of 8,076 new cases overall, a new high for the state. (Community Impact Newspaper staff)

The daily total, the third highest in the county's history, came as Texas confirmed a total of 8,076 new cases overall, a new high for the state.
RELATED STORIES

Meanwhile, an average of 6,705 tests were conducted per day in Harris County between June 24-30, according to the Texas Department of State Health Services. The seven-day trend of test positivity in the eight-county Greater Houston area is 15%, according to data being tracked by the Texas Medical Center.

As ICU occupancy rates in TMC hospitals continues to rise, officials activated Phase 2 of the system's intensive care unit supply for the first time July 1. The 1,350 occupied ICU beds exceeds the system's normal operating capacity of 1,330 beds. Phase 2 expands capacity by an additional 373 ICU beds, which are available for the duration of the pandemic. Phase 3, if activated, would add another 504 temporary beds of what TMC officials previously referred to as "unsustainable surge."

Six new deaths caused by COVID-19 were confirmed July 1, including a Hispanic female in her 20s with no known health conditions. The total number of confirmed COVID-19 deaths in Harris County now stands at 384.

The building is being developed in partnership with Cypress-area physicians, who will own and manage it upon completion. 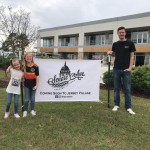