The 457th District Court was created to address Montgomery County’s growing backlog of civil cases. The day Santini was appointed, 1,200 civil cases were immediately transferred to his docket.

Community Impact Newspaper sat down with Santini to discuss the transition into his new role, what progress has been made on the backlog and what challenges he has faced—which included initially working off cardboard boxes due to lack of furniture.

This interview has been edited for conciseness and clarity. 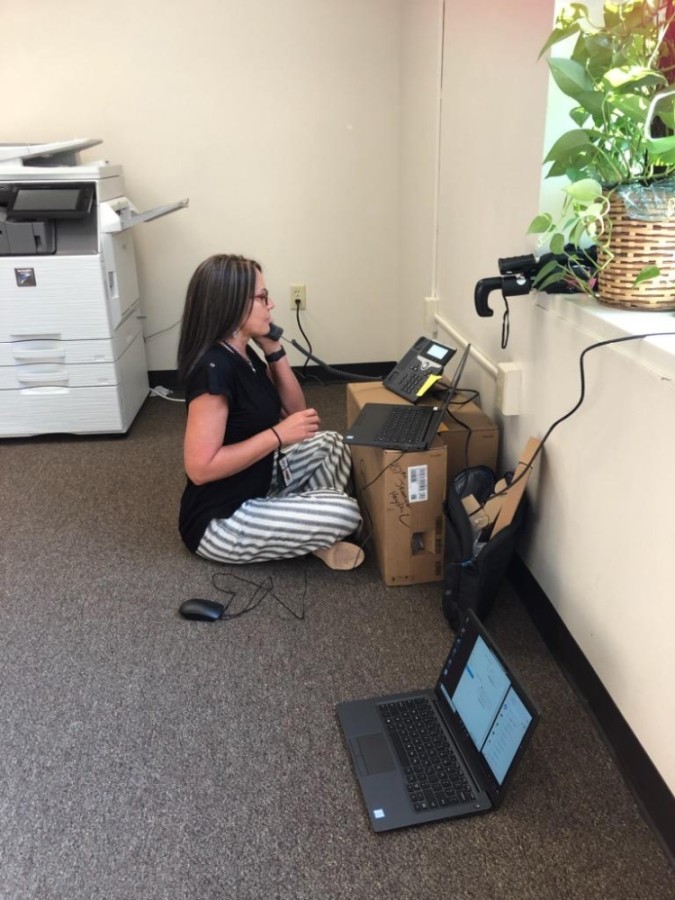 Tell me what you did to prepare from the time you won the primaries to when you were appointed.
RELATED STORIES

• Anytime Fitness to open in Woodforest in Montgomery this winter

[After I won the primaries], I needed employees, but I couldn’t hire anyone because I wasn’t a judge yet. I didn’t want to put out notices because that takes time, and I didn’t have time. But I wanted to be ready on day one. So I was looking for employees while still working full-time at my old job and meeting with people after hours. I have a couple years of civil experience—I was a litigator, most of my experience was as a prosecutor here—so I wanted my staff to have extensive civil experience.

I made promises that I was going to hire professional staff. Lawyers are going to be excited to deal with these people. They’re incredibly talented; they are customer service-oriented. I was in the restaurant business for 10 years; I like dealing with people, and that’s what I wanted [in my staff].

And then [Gov. Greg Abbott’s] office called and said, ‘He wants to appoint you. When can you go?’ I’m like, how about Aug. 4? That was in two weeks, because I had to put in my two-week notice at work. So the day I swore in I got 1,200 cases, but guess what, I had staff. The people working for me are some of the best in the industry. I’m just blessed all of it came together.

What was it like moving into the new offices with such a tight budget and limited time?

[When my staff and I first moved in], we didn’t even have phones at first. We had nothing. We were working off cardboard boxes. We wasted no time. I’m like you know what, I can do better than that. So, I got folding tables. I was working in the courtroom as my office. We didn’t have walls, we didn’t have any furniture yet.

[For context], I did renovations to my house before. I tiled my kitchen and bathroom. That was $15,000. That was my budget for 10 rooms and a courtroom. You don’t complain; you just do it. We would come here on the weekends and do it ourselves. We painted the walls; we redid the kitchen. I would look on a garage sale app, and we were buying used furniture. I bought this $10,000 piece of furniture for $700. We are able to make things look nice so when people come in they know we mean business, but we are being frugal and ended up being under budget. 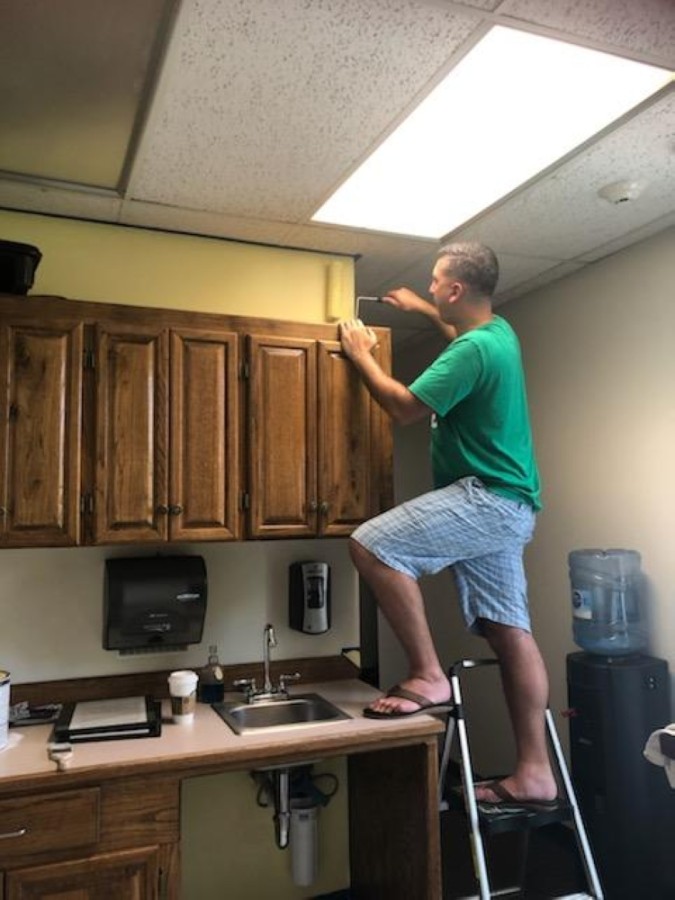 How did COVID-19 affect your transition into your new role?

COVID-19 actually made things easier, in a way. If it wasn’t for COVID-19 and it was all live, it would have been a mess. We were doing things via Zoom, and people weren’t used to coming to court anymore; it was an easier transition I think rather than just a mess of people coming in.

Also, Judge Kristin Bays of the 284th District Court was very helpful. She didn’t just dump crap on my court. She was deliberate. She gave me cases with different ages—new cases, old cases, middle-of-the-road cases, different types of cases. It was really nice.

How are you clearing the backlog?

We pretty much mirror what the 284th District Court is doing to clear the docket. Each month you get new cases in. The goal is to dispose of more cases that month than you get in. You want to be above 100% clearance. One hundred percent clearance means you get 100 cases, you dispose of 100 cases. That’s good. You’re hitting clearance, but you’re not making a dent in the backlog.

So Judge Bays is very good at disposing of more cases than she is getting in. That is what I want to model. The first month we had with all of our staff, September, we got in 122 cases, and we disposed of about 168 cases, so we are well over 100% clearance rate already because of the legwork the 284th has done because it’s their system. In October, we got in about 151 and disposed of 195. So I started with 1,200 cases, and now we have 1,187 in backlog.

How are trials going during the pandemic?

We’ve had three jury trials already, and all the jurors have been complementary. 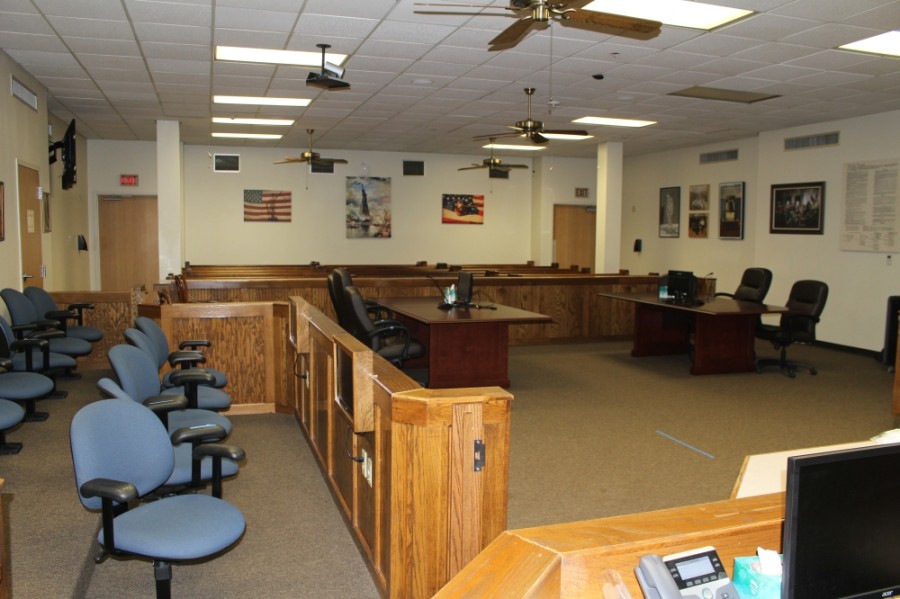 [But to backtrack], you are allowed to do hearings via Zoom; witnesses can testify remotely; they’re giving us more leeway. That’s great, but cases start getting backed up. The ultimate way to dispose of a case is by trial. During COVID-19, there were no trials. We can’t do a Zoom jury trial, you need a jury to come together to deliberate, to have them look at the evidence and pay attention. I would never do a jury trial by Zoom.

But the Texas Supreme Court ruled courts can allow in-person jury trials with special approval from the State of Texas Office of Court Administration and if a proper COVID-19 is in place [like social distancing guidelines for jurors]. We were anticipating that, so we already had a plan in place that has been blessed by Montgomery County health officials. So we take the jurors in a large assembly room where they are measured 6 feet apart. They wear masks; we sanitize everything. We stagger the trials apart. We encourage digitalized evidence, and if it can’t be digitalized, we provide gloves. We space jurors out in spectator pews if it’s a 12-person jury.
SHARE THIS STORY 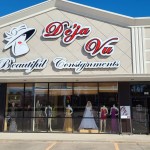 The tower will be open to patients in early 2020, hospital officials said.