Six candidates have filed to run for the four open seats on the Cy-Fair ISD board of trustees this November.

Harris County has received "successful" status from the Texas Secretary of State’s Office for its countywide polling place program, according to an Aug. 5 news release from the Harris County Clerk's Office. The program, which has been championed by Harris County Clerk Diane Trautman since January, allows eligible voters to cast their ballot at any polling location in the county during early voting and on election day.

The approval comes two months after Harris County Commissioners Court unanimously approved a request from the county clerk’s office to apply to the Texas Secretary of State for “successful” status.

Harris County is the largest county in the country to have executed a successful election where voters can cast a ballot at any polling location, according to the county clerk's office.

Voters can find more information on the Countywide Polling Place Program by visiting www.HarrisVotes.com or by calling the Harris County Clerk’s office at 713-755-6965.
SHARE THIS STORY 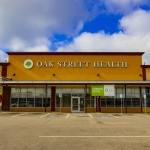