Bills targeting excessive force by police have been filed in Texas’ 87th legislative session, along with a host of others. (Courtesy Fotolia)

Local legislators have been able to file bills for Texas' 87th legislative session since Nov. 9, and several bills of note have already been filed in the state House and Senate by legislators representing Bellaire, Meyerland and West University Place. Though the 87th Legislature convened Jan. 12, bills can be filed until March 12, according to the Texas Legislature Online.

Here are some of the bills filed by local representatives.

Miles filed several bills related to law enforcement and excessive force, a full list which can be found here. All are related, however, to the following bill:

The former location of Palace Bowling Lanes on Bellaire Boulevard is being given new life.

Bellaire-Meyerland-West University Place real estate: See some of the properties that sold in April 2021

The potential contract between Ohio-based company IKE Smart City and the city of Houston would allow the media company to sell advertising space on dozens of 8-foot-tall digital kiosks while paying the city a portion of its commissions.

Construction will begin on the new library later this year, and it could open by the end of 2022.

To-do list: 13 May events, exhibits and more in Bellaire-Meyerland-West University

From a virtual author conversation provided by Brazos Bookstore to children's bingo in Levy Park, to a virtual performance provided by the Houston Symphony, here are some of the events to check out in May in the Bellaire-Meyerland-West University area. 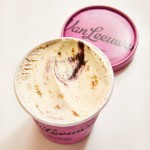