5 foods to try at the Texas Renaissance Festival this season 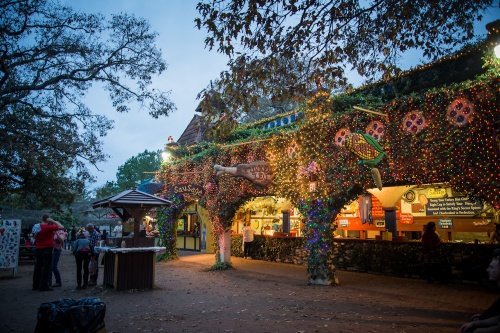 Unique foods are available throughout the festival.

The annual Texas Renaissance Festival begins this weekend and runs through the last weekend in November.

2. Anything on a stick

Sausage, chicken, fried bacon, grilled pork, cheesecake, steak, pickles or even fried alligator can be found served on a stick.

Where to find it: Decadent Delights in Sherwood Forest

A hard-boiled egg is wrapped in ground sausage and breadcrumbs and fried.

Where to find it: The Queen’s Pantry

Sweetened dough is flattened and fried to a crisp to resemble the ear of an elephant.

Where to find it: Decadent Delights in Sherwood Forest

To wash down all that food, the festival also features a number of adult and nonalcoholic beverages for purchase.

The renaissance festival’s official mead—or honey wine—is made by Enchanted Manor Meadery in Magnolia and is served at many of the vendor booths. A tasting room can also be found near the festival arena.

Brigadoon Brewery will also be at the festival serving craft beer brewed on-site, including Scottish, English, Dragon and Fairy Ales as well as Oktoberfest and pumpkin beers.