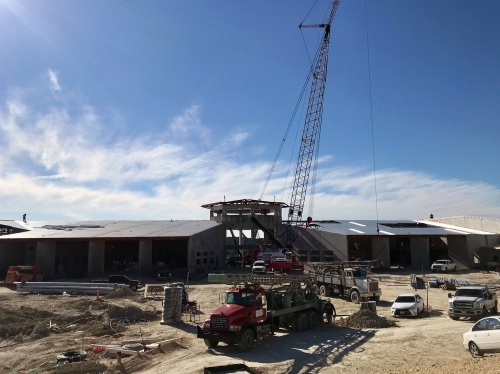 Because the district will also be opening a seventh elementary school in 2020, the committee will work to shift LTISD’s existing elementary and middle school attendance zones to provide balance and continuity across campuses, Morris-Kuentz said.

The committee will be made up of 16 parents–two from every affected school–and four community members, four LTISD teachers, five LTISD principals and board members Lauren White and Jessica Putonti.

“We tried to make sure the members were spread out throughout the district so all neighborhoods can be part of the conversation,” Morris-Kuentz said.

Parents on the committee are not employed by the district or related to anyone who is not serving in another position, such as on the PTA or as a booster club member. They will be asked to maintain communication with their neighborhoods on the issue, share data and gather feedback.

Two public community presentations will be scheduled for sometime in April where residents can hear zoning options and supporting data, and ask questions. There will also be a feedback form posted online.

The committee is expected to make its recommendation to the school board in April with  the final board approval in May.

Superintendent Brad Lancaster said the district’s priority is that buildings be balanced for future growth.

“You don’t want 1,000 students in one building and 600 in another, so you have to redistribute” Lancaster said.

The last time the district rezoned was six years ago.

Lancaster said people often think about rezoning in terms of current enrollment numbers, but it is equally important to look at five- and 10-year projections as well.

“We want to prepare for growth and do as little redrawing as infrequently as possible,” he said. “This is one of the biggest things we do. Our job is to make the process go well and bring you something through the committee you can endorse and move forward with the least amount of heartache.”

Three board seats up for re-election
The board officially called an election to fill places 3, 4 and 5 for full, three-year terms.

Place 3 is held by Jessica Putonti, Place 4 by board Vice President John Aoueille and Place 5 by President Kim Flasch.

With the approval of the board, students enrolled in the courses listed below can earn state elective credit, which can be applied toward graduation requirements:


The item was on the agenda for informational and discussion purposes only. Approval will be requested at the Feb. 20 meeting.

Courses identified as advanced are eligible for exemption according to Texas Code.

Local districts are permitted to establish other courses that are also exempt from UIL no-pass/no-play regulations. The locally-determined courses must be approved by the board.