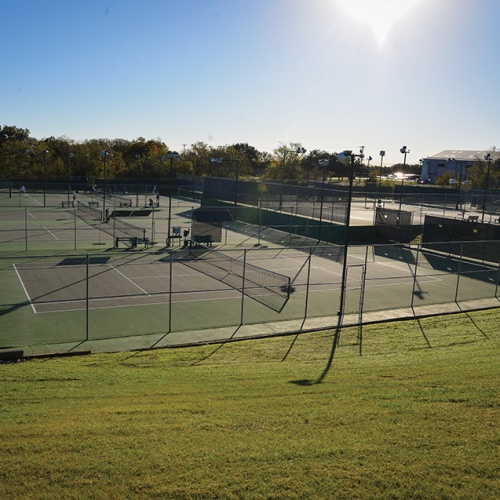 The Georgetown Tennis Center is located at 400 Serenada Drive, Georgetown.

The United States Tennis Association awarded Georgetown a three-year bid to host the Texas Slam, one of the largest junior tennis tournaments in the country, according to a July 26 news release.

Georgetown will host the 2020-22 Texas Slam tournament, the release said. Approximately 1,000 participants ages 11-18 are expected to compete in the tournament each year, it said.

A special selection committee, formed to review all the proposals, highlighted the more than 150 tennis courts in Georgetown as well as the more than 3,500 hotel rooms in the area as reason for its award, the release said.

“The committee has worked hard over the past several weeks evaluating all of the proposals for the Slam bid,” Junior Tennis Council Chairman Robert Rubel said in the release. “After careful evaluation of all bids, the volunteer committee unanimously selected Georgetown as the future home of the tournament.”

The Texas Slam is expected to fill an average of 400 hotel rooms per night for seven nights and generate an economic impact of $1.8 million per year, the release said.

“I’m looking forward to hosting the thousands of people who will visit and spend the night in Georgetown for the Texas Slam,” Mayor Dale Ross said in the release. “Tourism, particularly sports tourism, is a big part of our local economy, ... and the Texas Slam is a great way to showcase our world-class amenities—from our award-winning parks and trails to Southwestern University to the most beautiful town Square in Texas—these are what set Georgetown apart from other cities.”