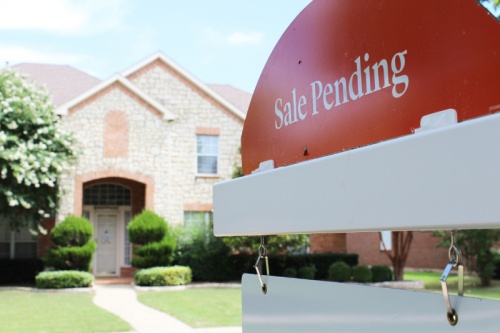 The median home price in the north Plano ZIP code 75025 was 1.6% lower this past year than it was the year before.

After years of major corporate relocations that drove a boom in the city’s housing market, Plano home prices have started to cool over the past year, according to industry experts.

From June 2018 to May 2019, the median Plano home price rose less than 1% compared with the year before, according to market data from the Collin County Association of Realtors. Homes sold dropped 11%.

In the city’s eastern- and northernmost ZIP codes, sellers actually saw median sales prices decline year over year. Price growth was modest throughout the rest of the city.

The slowdown comes after several years of unsustainable growth in home prices, said Marvin Jolly, a broker associate at Keller Williams Realty and an officer for the Texas Association of Realtors.

Jolly said he believes this slowdown is, if anything, a healthy correction of the previously supercharged market, in which prices were growing at what he believes was an unsustainable pace.

Over time, he said, real estate in Texas tends to grow by roughly 4% a year. Plano and its neighboring cities had seen annual home price growth more than double that rate at times, he said.

“The bad news is nobody’s getting rich off of real estate when appreciation’s 4%, but fewer people are getting priced out of the market on the buyers side as well,” Jolly said. “One challenge that we’re watching in North Texas is housing affordability, and we were on a track the last three or four years for houses in North Texas to become unaffordable.”

Still, for Plano residents looking to sell, the period of abnormally high home price growth may have come to an end for now, he said.

The drop in home price growth coincided with a decline in overall activity on the housing market.

The number of home sales in Plano dropped 11% this past year, part of a trend seen in other North Texas cities.

Sellers also had to wait a bit longer to sell their homes. Homes sold over the past year in Plano spent an average of 41 days on the market—up from 31 days the previous year.

Cassandra Stahl, a Realtor for Olive Tree Real Estate Group, said a number of her clients have experienced that slowdown firsthand.

One particularly high-value Plano home Stahl had been trying to sell recently has been sitting on the market for longer than usual. Her client, after buying the home for $630,000 two years ago, was still having trouble selling it recently after bringing the asking price down to $599,000.

“It’s frustrating for the seller, and frustrating for me too because it’s got great schools, so it would seem that it should move very quickly,” Stahl said. “But it hasn’t.”

Jeannine Thomas nearly sold her Plano home in June of 2018, at the high point of local home market growth, as her family prepared to move to Richardson. A potential buyer had agreed to a good price, she said.

“We thought we were picking the most appropriate time of the year to sell, in that we were trying to sell over the summer when there were the most people looking,” Thomas said.

Instead, the buyer backed out and the home sat on the market for another four months. Thomas ultimately lowered the asking price before selling the home.

For years, the rapid increase in Plano home prices coincided with some of the most prominent corporations in the world opening giant offices in the area.

Toyota Motor North America, JPMorgan Chase, Liberty Mutual and FedEx Office all opened large corporate campuses in Plano in recent years. They hired or relocated thousands of people who had a sudden need for housing in North Texas.

“When Toyota came to town, Plano and Frisco went really—the market heated up, and there was a lot of growth,” Jolly said.

This effectively produced a housing shortage that drove up home prices, Stahl said. Not all homeowners with a mind to sell someday were ready to capitalize on this trend when the market was at its hottest, she said.

“It takes a while for people to really get on the bandwagon and say, ‘OK, I’m going to sell my house,’ ” Stahl said. “And I think now we’re seeing more sellers saying, ‘OK, I’m ready to sell,’ but we don’t have the same influx of buyers.”

Some other North Texas cities have seen the sort of growth in home prices that has recently eluded Plano.

In the last year, Richardson, Allen and Frisco each posted median home price growth of at least 3.8%. McKinney, on the other hand, joined Plano as one of the North Texas cities to see an increase of less than 1%.

That Frisco would outpace a more established suburb such as Plano is no surprise to some industry professionals. Stahl and Jolly said the fact that Frisco is still a fast-growing community with a large amount of undeveloped land introduces a number of unique dynamics.

For more established cities such as Richardson and Allen, where residential land is largely built out, they could be on a different part of the market cycle than Plano.

“I think what may be happening is various communities have been on a faster track than others, and then they cool off while others are escalating,” Jolly said.

Although industry experts cannot predict the ups and downs of financial markets, Jolly said this type of slowdown can be a normal and healthy process.
SHARE THIS STORY