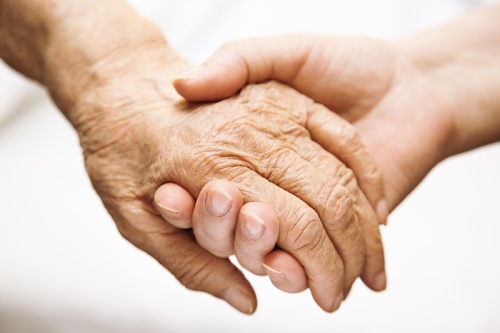 Between 2012 and 2016 the senior population in Richardson increased by 28 percent.

As Richardson’s population has steadily increased, so has its number of senior citizens. In 2016 the U.S. Census Bureau recorded just under 16,000 people age 65 and older residing in the city—a 28 percent increase over the previous five years.

Seniors who live in Richardson are eligible for benefits that foster their independence, such as an annual exemption that reduces their home’s taxable value by $85,000.

Richardson chief financial officer Kent Pfiel said the city’s financial policy that governs the over-65 tax exemption helps to ensure seniors are not burdened by rising property values during their retirement years.

“I think it’s important to treat seniors fairly,” he said. “We understand they are on a fixed income, so monitoring this policy each year is an important part of the exemption.”

The city estimates that 28.5 percent of residential property tax accounts belong to seniors. The number of properties benefiting from the senior exemption in early 2018 totaled 8,227—a number which has grown on average by 2 percent annually over the past five years, according to city documents.

And while senior-living options are readily available, those who are physically and mentally able to live without assistance are accommodated by a prevalence of single-story, ranch-style homes as well as communities offering built-in amenities.

Since Richardson’s inception the prospect of population growth has played a role in city planning, resulting in a layout that is favorable not only to seniors but all age groups, said Beth Owens, the city’s senior center and program manager.

“The streets aren’t extremely crowded; you have grocery stores in all quadrants of different neighborhoods; you have [US] 75 dividing the city into east and west, so I think the availability of all of your necessities was well-thought-out,” Owens said.

The prevalence of single-story, ranch-style architecture in Richardson has allowed many seniors to remain in their homes, Owens said.

“The type of housing that our older seniors purchased at the time was ranch-style, so that has enabled them to stay longer,” she said. “Their bedroom and everything they need is on the first floor.”

Ida Kaufman, a resident of a single-story home in the Reservation, has called Richardson home since 1957, when the neighborhood she lives in now was “probably just a cotton field,” she said.

“I love the city of Richardson for many reasons,” she said. “It has nice little amenities for older people, and it’s not near as large as Plano.”

Richardson’s current population—estimated at 108,350—is less than half the size of Garland’s and Plano’s, according to the census.

Rather than selling property to finance a move into an independent-living facility, some seniors choose to downsize into garden homes, or smaller residences with built-in amenities, said Sarah Saunders, owner of New Leaf Concierge, a Richardson-based company that facilitates senior transitions.

“The fear is that if any of those [senior-living] communities go belly up, your investment goes belly up too,” Saunders said. “That’s why those garden homes are such a valuable asset, because it’s still an asset that they own and can appreciate [in value].”

While many cities in Texas will freeze a resident’s annual property tax payment at the age of 65, Richardson opted for an exemption that lowers the taxable value of a senior’s home by $85,000 and is adjusted annually to address shifting property values.

The goal of the city’s policy, instituted in 2005, is to provide an annual tax savings that equates to 30 percent of a Richardson senior’s average home value. Earlier this year a review of that policy resulted in an increase of the exemption by $5,000.

By comparison Garland’s over-65 exemption reduces a home’s market value by $51,000. In Plano seniors can choose to freeze their property taxes at age 65 as well as file for a homestead exemption that reduces their home’s taxable value by $40,000.

The average market value of a senior’s home in Richardson is $285,693, according to city documents. The city’s exemption saves each eligible account an average of $531 per year and costs the city $4.3 million annually.

Seniors in both Collin and Dallas counties are also able to apply for an exemption that freezes their school district taxes at the age of 65.

A 2016 survey distributed by The Dallas Area Agency on Aging found the No. 1 need for seniors in the Dallas area is access to affordable transportation for those who can no longer drive.

Richardson was one of the first cities in DFW to offer transportation through its senior center, Owens said.

Since 1978 a van service has offered rides anywhere within city limits to residents age 55 and older. One-way service costs 25 cents, while a round trip costs 50 cents. On average the service provides transportation for 400 riders each month, Owens said.

“The transportation program allows [seniors] to have their independence and stay in their homes longer,” said Tara Zavala, the center’s older adult coordinator. “It’s an incredible service the city offers.”

The senior center sees an average of 250 users per day, according to Yvonne Falgout, assistant director of recreation and events with the city’s parks and recreation department.

Other amenities offered through the center include exercise, dance, computer skills and art classes; benefits counseling; pool and shuffleboard tournaments; games, such as bridge and bunco; periodic health screenings; and more. To become a member Richardson residents pay a one-time fee of $5, while nonresidents pay an annual $15 fee.

“The seniors are really supportive of Richardson and the senior center,” Zavala said. “They overall feel very fortunate that they have a place to come and do the things they enjoy that is geared and priced toward their
demographic.”

In 2015 voters in Richardson passed a bond that includes a major renovation of the senior center. The roughly $5 million project will upgrade facilities, increase security, and improve space for activities and programming. Design plans are underway, and construction is slated to begin next fall.

Outside of the recreational activities offered at the senior center, several programs exist in Richardson geared toward fostering the physical and mental health of older adults.

Methodist Generations is a free program open to adults age 55 and older held at Methodist Richardson Medical Center. The program currently has over 65,000 members, and membership is offered free of charge.

Saunders, who left her job in corporate technology in search of a way to give back, said in her experience healthy seniors lead well-rounded lifestyles.

For Kaufman, a former choir director and music teacher, singing with the Richardson Community Chorale, a 60-member musical ensemble whose mission is to “enrich and enhance the surrounding local community,” has allowed her to exercise her passion while giving back to the community.

“I love singing in the chorale,” she said. “We have sung at a lot of different places for community events; we are a community organization.”