Part of the decline in sales is tied to a crackdown on youth usage. In mid-October, JUUL Labs announced it would suspend sales of all flavored pods, which are exceedingly popular among teenagers. (Courtesy Adobe Stock)

contribute today
Vapor stores are seeing a decline in sales amid reports of vaping-related illness, injury and death.

“It has very negatively impacted business,” Kilgore said. “People are coming into the stores left and right and asking if vapes are killing people.”

Sales have taken a hit as well, Kilgore said. Across the five locations he oversees, Kilgore estimates a 20% decrease in sales since the nation’s first reported vaping-related death. Warehouse workers were laid off as a result, he said.

This is not uncommon, said Schell Hammel, director of state advocacy for the Smoke Free Alternative Trade Association and vice president of the American E-liquid Manufacturing Standards Association. Hammel also owns The Vapor Bar, which has several locations in the DFW area.
RELATED STORIES

• INTERACTIVE MAP: See what restaurants in Richardson are offering to stay open during the coronavirus outbreak

“It has not only affected my business but businesses across the country,” Hammel said.

There were about 600 businesses in Texas that sold vapor products in 2018, according to market research conducted by the Texas Vapor Coalition, a vaping advocacy nonprofit made up of about 60 members, ranging from small mom-and-pops and e-liquid manufacturers to large-scale distributors.

Executive Director Jay Maguire estimates that up to 20% of these shops are no longer open. He attributes the closures to the stigma around vaping.

In early November, the CDC announced that the majority of lung tissue samples taken from victims of vaping-related illness were found to have contained evidence of vitamin E acetate, a substance commonly used to bulk up black market THC.

“This week’s announcement by the CDC proves what we’ve been saying all along ... Vaping illegal THC liquids distributed by drug dealers has caused thousands of illnesses and several deaths, but should not be confused by FDA-registered products sold at vape shops,” Maguire said.

Reports of vaping-related illness are not only bad for business but could also pose a health risk, leaders of vaping advocacy groups say.

There are 13 million former smokers in the U.S. who use vapor products as smoking cessation devices, Maguire said. Restricting access could drive smokers back to cigarettes, he added.

“If you go to your average mom-and-pop shop—and there’s plenty of them [in Richardson]—what you’ll see is that the people who own these companies are ... mission-driven to help people get off cigarettes,” he said.

Hammel said her stores have seen a 19%-35% drop in sales since reports surfaced of vaping-related illness.

“We’re losing our vapers back to smoking,” Hammel said.

In September, the CEO of Walmart announced that the business would discontinue sales of vaping products at stores nationwide. A month later, Walgreens and Kroger followed suit.

President of the American Vaping Association Greg Conley claims business leaders who have pulled the products from their shelves are playing into the hands of the Big Tobacco industry.

“These types of restrictions could lead to more cigarette sales and more profits for [Big Tobacco],” Conley said. “They want heavy-handed government regulations to restrict their competition and pretty much put them out of business due to regulatory costs.”

However, according to Conley, leaders of Big Tobacco know that e-cigarettes are the future of their business, so they walk a fine line in pressuring lawmakers to crack down on vaping. This summer, Malboro manufacturer Altria purchased a 35% stake in JUUL Labs, the largest e-cigarette manufacturer in the U.S.

The decline in e-cigarette sales is tied in part to a crackdown on youth usage.

In mid-October, JUUL Labs suspended the sale of flavored pods in an effort to curb use among teenagers.

“We must reset the vapor category by earning the trust of society and working cooperatively with regulators, policymakers and stakeholders to combat underage use while providing an alternative to adult smokers,” JUUL Labs CEO K.C. Crosswaite said in a statement.

Conley believes banning flavored e-liquids could lead to an uptick in cigarette usage among adults who rely on flavored pods to remain smoke-free.

“Despite a lot of the rhetoric, flavors are incredibly important to adult smokers in getting off cigarettes,” he said.

Instead, Conley’s organization believes lawmakers and the FDA should focus on tighter regulation of high-nicotine e-liquids, which are exceedingly popular among youths.

“If it was properly regulated, you could discourage improper usage of the products,” Conley said. “You’re never going to be able to eliminate youth experimentation.”

High-nicotine e-liquids are valuable to adult smokers trying to kick a cigarette habit, Conley said. But as the U.S. stands on the precipice of banning e-cigarettes altogether, Conley said his organization is willing to compromise.

“We have not explored much in the middle between virtual prohibition and an unregulated market,” he said.

This story is Part 3 of a three-part special report that ran in the November issue of the Richardson edition. Part 1 on vaping use at local schools can be found here. Part 2 on the impact of vaping on health can be found here.
Artisan Vapor & CBD Smoke Free Alternative Trade Association American E-liquid Manufacturing Standards Association The Vapor Bar Jay Maguire Texas Vapor Coalition JUUL Greg Conley American Vaping Association
SHARE THIS STORY

Damage to public infrastructure in Richardson totaled $4 million, according to the city. 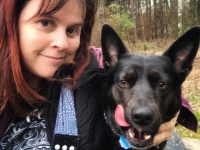 The proposal is intended to help financially strapped taxpayers, but it would need approval from the state Legislature to get off the ground.

Here are 5 restaurants in Richardson offering meals for Easter

With Easter just around the corner, families can choose from these stress-free options for an easy way celebrate the holiday at home.

Showing homes under shelter-in-place orders can be complicated, but realtors say buying or selling a home while practicing social distancing is still possible.

The hospital has the potential to house more than 1,000 recovering patients, but its cost to the county is still unknown.

Bond planning will ramp up in May, when a citizen committee is selected to make recommendations to the board.