Water district's board expected to approve rate increases for 2016 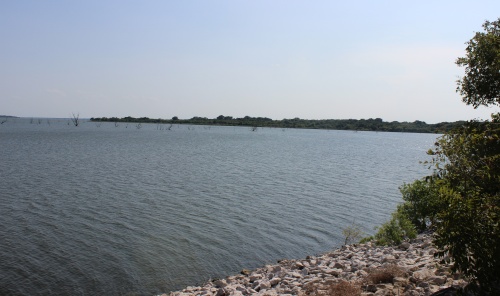 The North Texas Municipal Water District estimates that the equivalent of the nLavon Lake water supply will need to be developed every ndecade for the next 50 years to meet the future water ndemands.

The North Texas Municipal Water District’s board of directors in September is expected to approve rate increases in fiscal year 2016 for water and wastewater treatment services among its 13 member cities. If approved, the rates will take effect Oct. 1.

According to city of Plano's staff calculations, the NTMWD board will consider increasing what it charges for Plano's wastewater treatment services from $1.59 to $1.66 per 1,000 gallons. In addition, member cities would pay $2.29 per 1,000 gallons next year for the district’s clean water supply, up from the current rate of $2.06 per 1,000 gallons.

The incremental increases are being proposed as the district’s long-term project, the Lower Bois d’Arc Creek Reservoir, comes closer to a reality. Last month, the NTMWD was awarded its state water rights permit from the Texas Commission of Environmental Equality. The permit is one of two major permits needed to push the $992 million project forward. The reservoir is expected to begin operation in 2020 and will serve the district's 2,200-square-mile region located in parts of nine counties, including its member cities of Allen, Farmersville, Forney, Frisco, Garland, McKinney, Mesquite, Plano, Princeton, Richardson, Rockwall, Royse City and Wylie.

At a budget meeting July 29, Plano Budget Director Karen Rhodes-Whitley informed the City Council about the wastewater rate increases, which she had learned about that afternoon. Rhodes-Whitley said she and her department would be reworking the calculations for staff's proposed water and sewer fund budget presentation to reflect the potential increase, which will more than likely lead to water rate increases for Plano residents. The next budget sessions are scheduled for Aug. 5 and Aug. 10.


“A challenge that all water providers face is how to responsibly maintain our existing infrastructure and operations while planning for future anticipated population growth.”
—Janet Rummel, NTMWD spokesperson

The NTMWD establishes its budget to fund the operation and maintenance of the wastewater system that serves member cities, as well as to cover the cost for improvements. Each member city then pays a portion of that cost based on the amount of its flows coming into the district's system for treatment. The total charges to the member cities for regional wastewater treatment are expected to increase from $47.3 million for 2015 to $53.9 million for 2016, NTMWD spokesperson Janet Rummel said.

"The increase in budget for 2016 is needed to cover rising costs for system maintenance and repairs, as well as critical improvements needed to increase system capacity and maintain regulatory compliance,"  Rummel said.

In 2014, the district supplied 219 million gallons of water per day to the region. Within 50 years, the NTMWD expects its service area to double in population. The reservoir represents the district’s efforts to prepare for the projected growth and is being funded largely by the district’s member cities. The reservoir will help supplies keep the pace with the region’s growing needs, Rummel said.

“A challenge that all water providers face is how to responsibly maintain our existing infrastructure and operations while planning for future anticipated population growth,” she said. “The wholesale water rate increase is required to ensure continued reliability to current customers while planning now to meet the needs of future residents.”

The regional water service model has served North Texas well for decades by offering a means to share costs across all member cities as partners rather then having each city manage the process on their own, Rummel said. The collective effort also help to effectively spread awareness about modern water conservation efforts, she said.

“It’s not surprising that water usage is up with the recent hot and dry conditions,” Rummel said. “We have been partnering with our member cities to emphasize the importance of continuing to water wisely through the Water My Yard program, where residents can sign up for email notifications on how much outdoor watering is needed each week based on weather conditions.”

For information about the Water My Yard program, visit www.watermyyard.org.