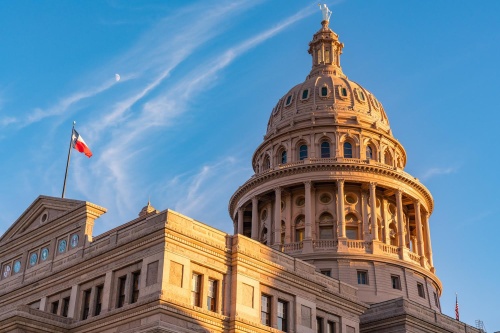 Jan McDowell has filed to run for the U.S. representative District 24 seat. She is running as a Democrat against Josh Imhoff, John Biggan and Edward "Todd" Allen in the March 6 primary election.

Community Impact Newspaper sent McDowell a list of questions about her candidacy. Below are her answers, which have been edited for publication style.

1. Why did you decide to run for this office?
I was originally inspired by the 2010 documentary “Inside Job,” which told the story of the ineptitude and complicity of our government in causing the financial and housing disaster of 2008. Watching it with friends, we agreed: “Someone needs to run for office to do something different.” By 2015, I had decided that enough is enough. I was determined to make a difference, so I began my 2016 campaign. This determination continues to motivate me in the 2018 campaign.

2. What experience—professionally or politically—do you have that would prepare you for this position?
As a certified public accountant, I will bring a skill set to Washington that is in seemingly very short supply in our current Congress. In my former role as a corporate controller, which included human resources responsibilities, I handled insurance, 401K planning and advising employees on financial matters. Politically I have served as a precinct chair, a campaign treasurer and as treasurer for the Denton County Democratic Party.

3. If elected, what would be your top priorities?
My top priorities will be shrinking the enormous and ever-growing income and wealth inequality gap in our country, advocating for universal health care and protecting our environment.

We must level the playing field and provide equal opportunity for everyone to thrive and be full participants and contributors in our economy.

Health care is a right of every person, not a privilege for those able to afford it. It is appalling for the United States to be the only very highly developed nation in the world without universal health care. Studies have shown that we spend more and achieve poorer outcomes than other developed nations. A reordering of our priorities is clearly called for.

And now that I have three young grandchildren I’m more determined than ever to safeguard the health and sustainability of our planet.

4. What else do you want constituents to know about you and your background?
When our congressional representatives fail to uphold their constitutional duties to be a check and balance on the executive branch, it undermines the very fiber of our democracy.

When protections for consumers, workers and our environment are being discarded in the name of corporate profits, it is a threat to the well-being of our nation.

I will be a representative who is committed to the duty of serving my constituents and to supporting and defending the Constitution. I will not allow a 'need' to court donors to take precedence over the good of our nation and its people.