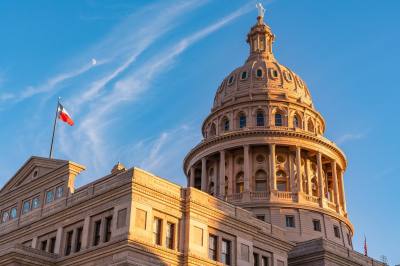 John Biggan has filed to run for U.S. representative, District 24. He is running as a Democrat against Edward "Todd" Allen, Jan McDowell and Josh Imhoff in the March 6 primary election.

Community Impact Newspaper sent Biggan a list of questions about his candidacy. Below are his answers, which have been edited for publication style.

1. Why did you decide to run for this office?
There are so many important scientific issues that are being shepherded and decided on by politicians who do not understand science.  As a scientist, I am consistently upset by politicians who dodge important questions about topics like climate change by saying, 'I’m not a scientist.'  Fortunately, if I am elected, I can never say that.  There is only one scientist in congress, U.S. Rep. Bill Foster, D-Ill., and it is time that he had company.

Moreover, in an increasingly polarized era, in which ideologues have flourished and millions of Americans feel abandoned by the extremes, an evidence-based approach is yearned for.  When I speak with Democrats or Republicans, conservatives or progressives, my message resonates because they are tired of politicians spending their time blaming the other side instead of fixing the problem.  I am here to create the necessary change that fixes the problem.

2. What experience—professionally or politically—do you have that would prepare you for this position?
I have been actively involved in leadership roles across various private organizations since my youth. However, having not held public office—just like the rest of the Democratic candidates in this race—I knew that I needed to prepare myself to be successful.

Last spring I completed trainings with the National Democratic Training Committee and with 314 Action—a PAC dedicated to getting more scientists into government—both online and in person in Washington, D.C., where I met state, local, and federal current and former candidates. Using these contacts, I hired a consulting firm out of Washington, D.C., that has worked on such campaigns as Howard Dean’s successful bid for Democratic National Committee Chair.

I have also read a litany of books on policies and rulings to ensure that I am informed about the pros and cons of issues, including which policies and laws have been successful and unsuccessful both at home and abroad.

Finally, I met with former candidates, current elected officials and politicos. They were able to provide insight into what it takes to run an effective campaign.  Following their advice, we have focused on fundraising, though we also conduct more voter outreach than any of the other candidates in the Democratic primary. I am happy to report that in our first 2 1/2 weeks, we outraised every Democrat who has ever challenged Kenny Marchant. Since then, we have outraised all Democratic challengers from 2006-2016 combined, and we only began in October.

All of this combined gives this campaign the best chance in November because it is not enough to sit back and ride the wave; we have to be the ones to create the big blue wave.

3. If elected, what would be your top priorities?
No matter the system, such as the Affordable Care Act or Medicare For All, we need to address rising costs and decreased access so that we can achieve universal health care. That means expanding scope of practice laws to allow nurse practitioners to open their own practices, increasing competition in pharmaceuticals by allowing Americans to buy medications across international borders where the same medication is often much less expensive and allowing individuals over the age of 50 to buy into Medicare, thus removing their, on average, higher costs from the individual markets, which should lead to a lowering of premiums and increase in access for younger adults.

4. What else do you want constituents to know about you and your background?
I am a native Texan, an Eagle Scout and a brain scientist. I’m running for congress because I’m tired of politicians who talk more about who made the mess than about how to fix it. It does not matter who made the mess; what matters is that we all try to make it better. If we do that, we can make a great nation even better.

Editors note: This story has been corrected to include Edward "Todd" Allen as a candidate.
SHARE THIS STORY