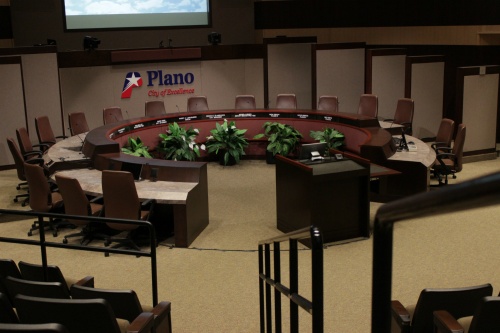 Editor's note: The city of Plano on July 18 said the deal described below has fallen through. For more details, read our latest story.

Some of the most controversial aspects of the Plano Tomorrow plan could be struck from the city's comprehensive development vision after officials reached an agreement with a group of residents suing the city.

On July 10, City Attorney Paige Mims said Plano City Council will vote at its July 22 meeting on whether to repeal the Plano Tomorrow plan. In its place, the council will consider adopting an amended version of the plan that does not include some of its more controversial goals, including some parts related to land use.

Jack Ternan, attorney for the group suing the city, said he expected the lawsuit would be dropped if the council approves the amended plan.

“I am encouraged by the discussions we had today that the city may be open to taking citizen input in a way that didn’t happen before,” Ternan said.

The decision to bring this proposal to the council was the result of a mediation discussion between city officials and lawyers, Mims said.

“It was a productive meeting with a good faith effort by all involved to resolve the matter,” she said.

The city declined to offer additional details late Wednesday, but Mims said the agenda for the July 22 meeting would be posted as early as Thursday of this week.

The plan had been the subject of ire for years from a vocal group of residents who said they believed it allowed for too much dense, apartment-heavy development in Plano.

The lawsuit was filed after a group of residents gathered petition signatures to submit a proposal to repeal the plan to a public vote.

The city staff did not submit the call for a referendum to the City Council at the time, arguing the Plano Tomorrow plan could not be legally repealed by referendum. Plano's comprehensive development plan was inextricably linked with the city’s zoning ordinances, city attorneys said. They further argued the local legislative process that produced the plan could not be replicated at the ballot box.

It was unclear late Wednesday exactly how the amended plan would differ from the old one. Ternan said he expected the new plan would blend aspects of a previous planning document with "the noncontroversial, non-land-use parts of the Plano Tomorrow plan.”

The July 22 meeting will be a joint meeting with the council and the Plano Planning and Zoning Commission, Mims said in an email. The meeting will include several agenda items relating to the lawsuit, she said.
SHARE THIS STORY