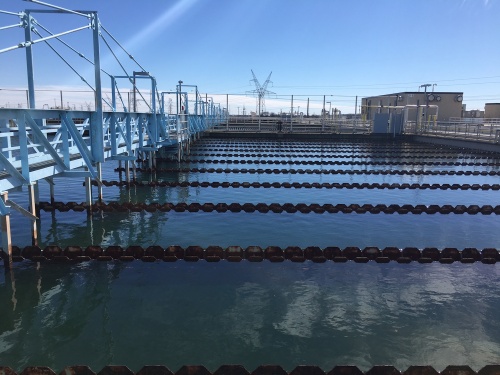 In the most extensive report yet, the levels of toxic byproducts detected in Plano drinking water rose substantially in March during a North Texas water supplier's scheduled chlorine maintenance process, but remained well within levels mandated by federal regulators.

The levels of trihalomethanes—a toxic byproduct of disinfectants used by the North Texas Municipal Water District and other water suppliers—spiked in a group of Plano water samples collected on March 21 and analyzed by Allen-based Pace Analytical Services.

On average, water collected from 12 test sites throughout the city was assessed to contain trihalomethanes at levels of nearly 79 parts per billion, more than three times levels tested in January. When averaged with three other samples taken at each site since July, all sites would have met the state and federal regulatory standards, which require cities to maintain annual trihalomethane levels below 80 parts per billion.

In addition to Plano, the water district serves residents in McKinney, Frisco and other North Texas suburbs.

Prolonged exposure to trihalomethanes at levels above the federal limit is thought to be linked to liver, kidney or central nervous system problems, as well as an increased risk of cancer, according to the Environmental Protection Agency’s website.

"In order for there to be any [negative] health effects, you would have to be exposed to high levels for years and years and years, every single day," city spokesperson Steve Stoler said. The March test results, he said, reflected a temporary increase associated with the district's routine chlorine maintenance.

The city of Plano's testing was a response to concern among residents after the water district came under fire in March from California-based environmental activist Erin Brockovich, who criticized the district’s annual practice of running chlorine through its pipelines in a series of Facebook posts widely shared and discussed by local residents.

The levels of trihalomethanes in the water were expected to rise during the free chlorine treatment process, said Mike Rickman, deputy director of operations and maintenance for the water district, before the test results were made public. The district maintained its water was safe to drink during the treatment period, which began in late February and wrapped up on March 26. The trihalomethanes levels in the water typically average closer to 23 parts per billion, Rickman said.