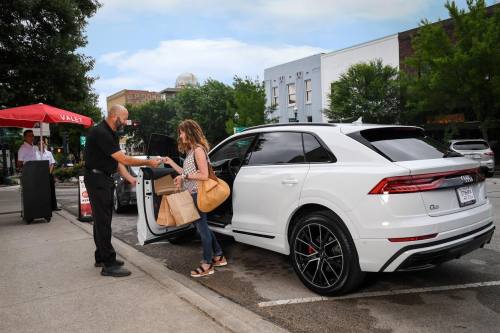 The city of McKinney discussed continuing a valet service in downtown McKinney year-round.

This summer, from June 7-Aug. 31, downtown McKinney visitors were able to use a temporary valet service, which was launched to gauge the success of a potential full-time service. The service was available from 11:30 a.m.-11:30 p.m. on Fridays and Saturdays.

The pickup and drop-off for vehicles was stationed in front of the McKinney Performing Arts Center on Louisiana Street, taking up 11 parking spaces.

Customers and business owners have expressed concerns that the location disrupted the flow of traffic, took up too many open parking spots and conflicted with the look of the surrounding downtown area.

McKinney City Council directed Main Street program director Amy Rosenthal to consider alternative locations, including the space in front of Rick's Chophouse and The Grand Hotel and Ballroom off of Virginia Street. Rick's and The Grand have been operating a complimentary valet service for customers there for 12 years, Rosenthal said during the meeting.

During the trial period, the service had about 3,800 customers, according to a presentation given at a Sept. 3 City Council work session. And participation is only expected to grow, Rosenthal said during the meeting.

"We know we are going to see increased customers in the fall,” she said.

Another issue going forward is the cost of service, Rosenthal said. The service was $5 per vehicle for customers, and the service was sponsored by Audi McKinney. The sponsorship allowed Audi vehicles to be valeted for free, and in return Audi McKinney contributed $5,000 toward service.

Even with these contributions, the company providing the valet service said it was not making a profit. According to Rosenthal, the cost per vehicle would need to be raised to $7 or $10 for the service to be profitable.

Council agreed to let Rosenthal explore the benefit of increasing the cost of service, but without exceeding $7 per vehicle.

While the trial service is over, an updated plan for a year-round valet service will be brought before council at a later date.