Short-term valet service to run in downtown McKinney this summer from June 7-Aug. 31 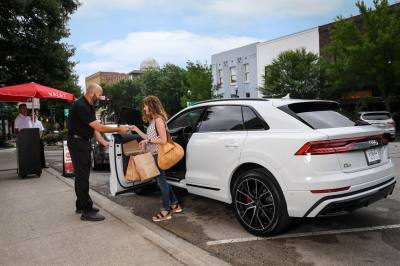 A short-term valet service is set to run in downtown McKinney from June 7 to Aug. 31.

Downtown McKinney visitors will have the option to valet their vehicles this summer.

Discussions about a temporary valet service began April 22 when Amy Rosenthal, director of the McKinney Main Street Program, pitched the idea to McKinney City Council members. Rosenthal said the program will be a trial to gauge the success of a potential full-time downtown valet service.

A valet stand will be located on Louisiana Street on the south side of the McKinney Performing Arts Center, located at 111 N. Tennessee St., for vehicle pickup and drop-off.

The service is sponsored by Audi McKinney with support from Rick’s Chophouse, Harvest and The Grand Hotel. Audi vehicle drivers will receive complimentary valet as will members of the MPAC's Bravo Club. Valet for all other drivers will be $5 per vehicle.

The valet program is expected to accommodate 200 to 300 drivers a day.

If the trial is successful, the city would likely issue a request for a permanent downtown valet service, McKinney Mayor George Fuller said at the April 22 meeting.

Editor's note: This article has been updated to reflect that the valet service will run from 11:30 a.m. to 11:30 p.m. on Fridays and Saturdays, and the map has been updated to show parking lots that will be used for valeted vehicles.
SHARE THIS STORY

The applicant proposed for the 38 acres to be divided into two tracts: one portion of the land—about 2 acres facing Custer—will be dedicated to commercial uses, and the other 36 acres will allow for the cottage residential development.

Following the presentation, staff said the city will work to engage the public to inform and seek feedback from residents, businesses and property owners along the two Throckmorton streets.