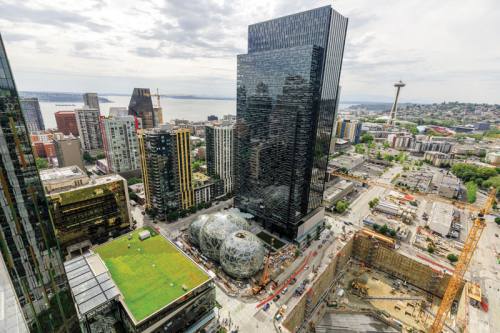 Amazon.com Inc. has chosen New York City and Arlington, Virginia, to accommodate its second headquarters—investing $5 billion and creating more than 50,000 jobs across both cities, according to a Nov. 13 news release from the company. Amazon also announced it will establish a business operations center in Nashville, Tennessee, which will result in more than 5,000 jobs.

The online retailer announced the search for its second headquarters in September 2017 and asked cities to team up to submit one proposal per metropolitan statistical area.

The city of McKinney was one of many cities vying for the new Amazon headquarters. Amazon received 238 proposals from across the country, according to the news release from the Dallas Regional Chamber.

"We weren't chosen. That’s a reality," Mayor George Fuller said. "I think every time we are in a position where we submit like we did and we all rally as a community and even regionally it is definitely something that benefits us. We position ourselves better for the next Amazon or the next Toyota."

Fuller said the city submitted three locations, including the northern area, east side and a space in Craig Ranch. Fuller said McKinney was challenged because the city does not have the necessary infrastructure in place.

"We did not have the infrastructure [including roads and utilities] in place, which again is why I have been preaching and I’ll continue to preach that we need to put a great emphasis on our [infrastructure]," he said. "It’s the most important thing we can do to attract business."

Fuller also said he is not sure Amazon locating in McKinney would have been good for the city but said it would have benefited the region as a whole.

"In my own personal estimation I don’t know that we lost [by] not winning Amazon," he said. "What it did do is it forced us to look at a lot of things and kind of stay focused on some things that we need to work on, improve [upon and] prepare ourselves for the next Amazon or Toyota that we do want that does work in our community."

Dale Petroskey, CEO and president of the Dallas Regional Chamber, made a statement in response to Amazon’s announcement, affirming the Dallas-Fort Worth metro is an attractive market for companies. Since September 2017, 40 corporations have presented plans for relocations and expansions in the DFW region, including Paycom, Peloton and Smoothie King.

“Make no mistake, this has been a ‘win’ for our region regardless of the outcome,” Petroskey said in the statement. “Our business community grows and expands by the day, and our momentum as a destination of choice has only increased as a result of being a finalist for [Amazon’s] HQ2.”

Other North Texas cities that submitted sites include Richardson, Grapevine, Frisco and Plano.