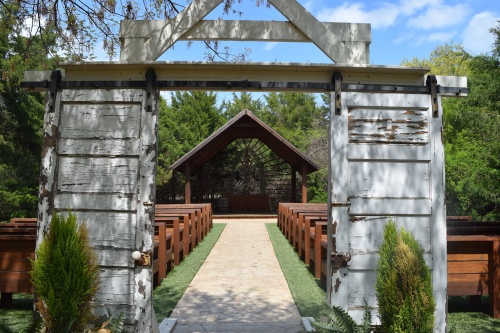 Venues such as Avalon Legacy Ranch and others are part of the McKinney's unique wedding industry.

McKinney received news May 14 that it will not be receiving the official title of Wedding Capital of North Texas during this legislative session.

For years, McKinney has considered itself a wedding hot spot, as it is home to a booming wedding industry and at least 30 unique venues, not including hotels or churches. But Visit McKinney, the city's convention and visitors bureau, was looking to make things official as a request was filed with the state in late April.

Unfortunately for McKinney, Dripping Springs claimed the title of Wedding Capital of Texas in 2015 and again in 2017. Visit McKinney was told once a state designation is made, a regional designation cannot be given, so its request could not move forward, Visit McKinney Communications Manager Beth Shumate said.

“We were disappointed to learn about a Legislative policy that doesn’t allow for a regional designation resolution to even be submitted when a statewide designation was already passed," Shumate said in an email to Community Impact Newspaper. "We didn’t learn that until earlier today and the people we’d been working with in Austin weren’t aware of that either. But now we know."

If approved, the bureau had expected the designation to draw more wedding-related businesses as well as more wedding events and tourism.

While this is not the outcome Visit McKinney staff hoped for, they plan to continue considering McKinney the Wedding Capital of North Texas unofficially, Shumate said.

“We’re glad we sought out that title, because having that formal designation would have been a ‘nice to have’ from a marketing and publicity perspective," said Vanesa Rhodes, Visit McKinney sales manager. "But in the grand scheme of things, not having that designation won’t have any effect on the thriving wedding industry here in McKinney.”

The bureau is now looking at other options of highlighting McKinney's wedding industry.