Business owners in Lewisville, Flower Mound and Highland Village are adapting to new state guidelines that allow for the partial reopening of restaurants and retailers. (Brian Pardue/Community Impact Newspaper)

Business owners in Lewisville, Flower Mound and Highland Village are adapting to new state guidelines that allow for the partial reopening of restaurants and retailers.

Many local restaurant owners relaunched their dine-in services at 25% occupancy May 1, as allowed under the latest guidance announced by Gov. Greg Abbott on April 27. The guidelines require tables to be arranged at least 6 feet apart from each other and specify that one table must not seat more than six people at a time.

VJ Jain, co-owner of Delhi 6 Indian Kitchen & Bar, said that although he has decided to reopen the dine-in area of his restaurant, he is initially making it available only by reservation.

“We will reopen it for now only by reservation for a very limited number of people since technically, we can only do about five or six tables right now to stay with the guidelines,” Jain said.

Jain said in addition to taking reservations, the eatery will continue to offer takeout.

Delhi 6 Indian Kitchen & Bar opened in The Shops at Highland Village on March 12, just days before stay-at-home orders were issued by state and local governments. Though opening in the midst of a pandemic has been a challenge, Jain said, the restaurant’s takeout service has been a success.

“We have decided to actually start to hire our first staff now outside of our family,” Jain said. “Since we opened, the response we got is very good. People have been liking our food a lot. So we anticipate a very busy time when everything is fully opened, and we’re looking forward to it.”

Though he initially pivoted to provide takeout orders, Forgette had to temporarily close the shop March 19 because he could not buy more than two gallons of milk at a time, which was not enough to sustain the shop. 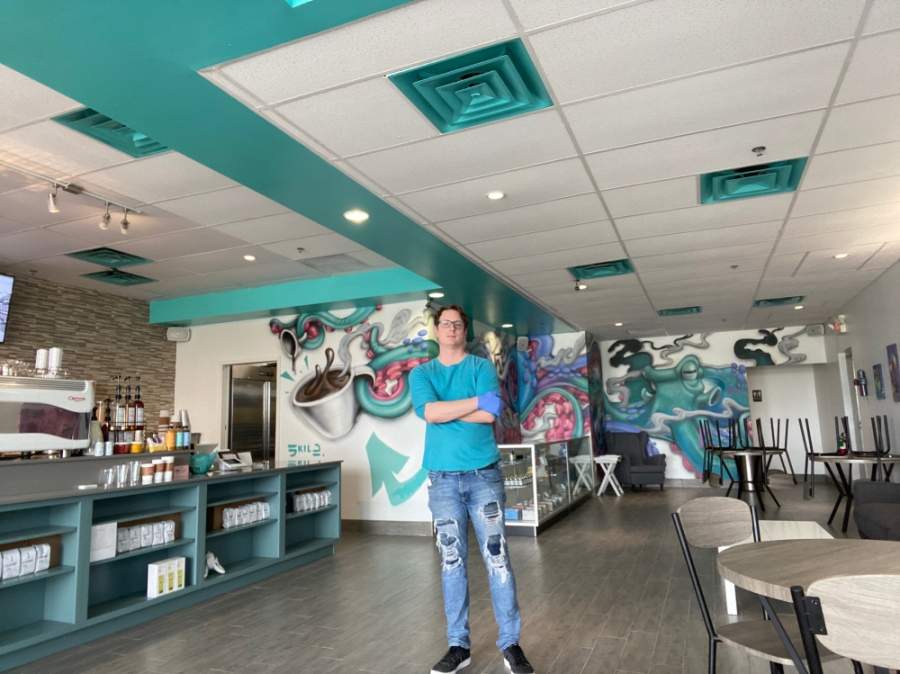 Now that restrictions have been eased, Forgette said he is aiming to open the shop for takeout orders May 4.

“We're not gonna do in-store seating yet because a quarter of my capacity would be about 12 people,” Forgette said. “So if we have a situation where we have people sitting in, and then, there’s a rush, we would hit that 25% capacity. But we are going to reopen it to where people can come and order and take it with them, to start out with.”

When Coral Reef Coffee Co. temporarily closed, Forgette had to let go some of his newly hired staff. However, now that the shop is reopening, he said he plans to bring two staffers back on.

Forgette said he applied for the Paycheck Protection Program offered through the government but was not approved for it.

• Number of coronavirus deaths in Denton County rises to 21

“This is hard for everybody,” Forgette said. “Opening this shop has been my dream forever, but I know that there's people that have it way worse. There's people that are sick. So for me, I’m just thinking, 'I'll make it work.' I'm just happy to be able to do it at all. I don’t know what will happen, but in my mind, I have the opportunity to take my shot at my dream, so I’m going to take it the best I can.”

Cristina Vargas, co-owner of Cristina’s Fine Mexican Restaurant in Flower Mound, said her family decided to reopen the restaurant but are taking every precaution to take care of the health of both staff and guests. Customers who dine in can request to be served on either glass or disposable dishes, Vargas said. Additionally, the restaurant has rearranged its seating to keep all tables at least 6 feet apart, and many of the tables are separated with extra barriers of plexiglass, she said.

“We're taking the right steps to protect our staff and our customers and putting everything else in God's hands,” Vargas said. “We’re just taking it day by day because things are changing constantly. But we feel good about where we are right now and the steps that we're taking moving forward. We feel really optimistic about it.”

Music City Mall of Lewisville also reopened May 1. The mall has enacted a more frequent and rigorous cleaning schedule, installed hand sanitizing stations at each entrance and begun offering limited capacity on escalators and elevators, according to officials. 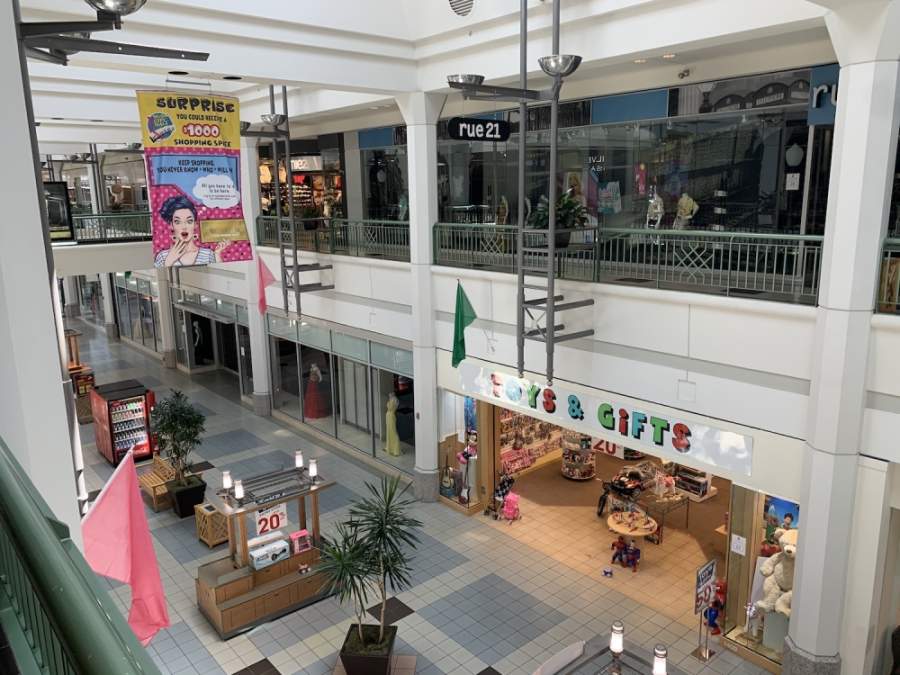 The mall’s playgrounds will remain closed in alignment with Abbott’s guidance.

General Manager Natalie Boyer said that while many of the stores in the mall have reopened, some of them have not had a chance to reassemble their staff to do so.

"We have plenty of room with the square footage we have to make sure that the social distancing is maintained and everything, so hopefully, [people will] come and visit us," Boyer said.

Ginny Tirey, the marketing manager for The Shops at Highland Village, said the center's tenants are happy about the first phase of reopening.

“On behalf of the restaurants and essential retail that were able to remain open during this crisis, we thank the community for their support,” Tirey said, noting that many of the restaurants in the center have continued takeout services during the stay-at-home orders.

Much like with Music City Mall, she said The Shops at Highland Village has implemented a more extensive cleaning and disinfectant schedule, with a focus on areas frequently touched by guests.

“The Shops at Highland Village has always been a fantastic place to shop, dine and enjoy our outdoor setting," Tirey said, "and we look forward to safely serving the community.”