Tierney's Cafe and Tavern offers breakfast, lunch and dinner in a house built in the 1880s 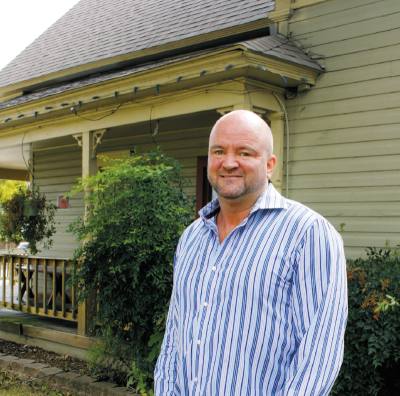 Greg Tierney got his start in the restaurant industry as a 15-year-old dishwasher, and he has never left the industry since. After starting as a dishwasher, Tierney progressed to cooking and serving. In addition to his real-life experience, Tierney obtained a degree in hotel and restaurant management to add the business side to his skill set.

“Could I have opened my own restaurant without having a degree?” Tierney said. “Yeah, probably. Would I have been as successful? Possibly. … It did kind of round everything out.”

The restaurateur has owned restaurants in the Lewisville area for about 20 years.  In 2007, he opened Tierney’s Café and Tavern, in a house that has been located in Old Town Lewisville since the 1880s. The restaurant serves new American home-style food for breakfast, lunch and dinner.

“I like to mix in there regional specialties that have, I think, interesting, fun flair,” Tierney said. “So it’s more so than just meatloaf and mashed potatoes, chicken-fried steak, and burgers and french fries.”

Tierney’s own favorite menu item is the Tropical Salmon, which features honey chipotle-glazed salmon served on a bed of rice pilaf with the vegetable of the day as the side. The sweetness of the fresh mango and the honey balances the spice of the chipotle, creating an appetizing but not overpowering combination of flavors, Tierney said.

Another popular choice that happens to be on Tierney’s personal favorites list is the eggs Benedict, whether it be the traditional, Florentine or California version. Each Benedict features a housemade hollandaise sauce.

The menu has sprung from Tierney’s experiences traveling, his longtime-cook Maricella Landin’s creativity and his customers’ requests.

Tierney said he works to make customers feel appreciated when they come into the restaurant, which is several times a week for some of them.

“It’s unbelievable how many regular regulars that we see, every day,” Tierney said. “Three, four, five times a week. … And they know what servers they like, they know what section to go to.”

And Tierney is not above cooking and serving if needed.

“I jump back there all the time, wherever needed,” he said.
SHARE THIS STORY

The ordinance states that property taxes for maintenance and operations on a $100,000 home would increase by about $6.40 per year under the approved rate.

The grant from the Texas Book Festival will also go toward establishing an Urdu language collection.

The town of Flower Mound's property tax rate will decrease by about 7.22%.

The relocation on 6.256 acres will allow the owners to “better accommodate their growing business,” according to a city staff memo.