Stacey Miller, the restaurant’s general manager, said she recently found out that because of the COVID-19 outbreak, the hospital cafeteria has temporarily closed, leaving only a grab-and-go sack lunch option for health care workers during the week. On the weekends, the hospital workers have only what they bring from home or what is in the vending machines, she said. 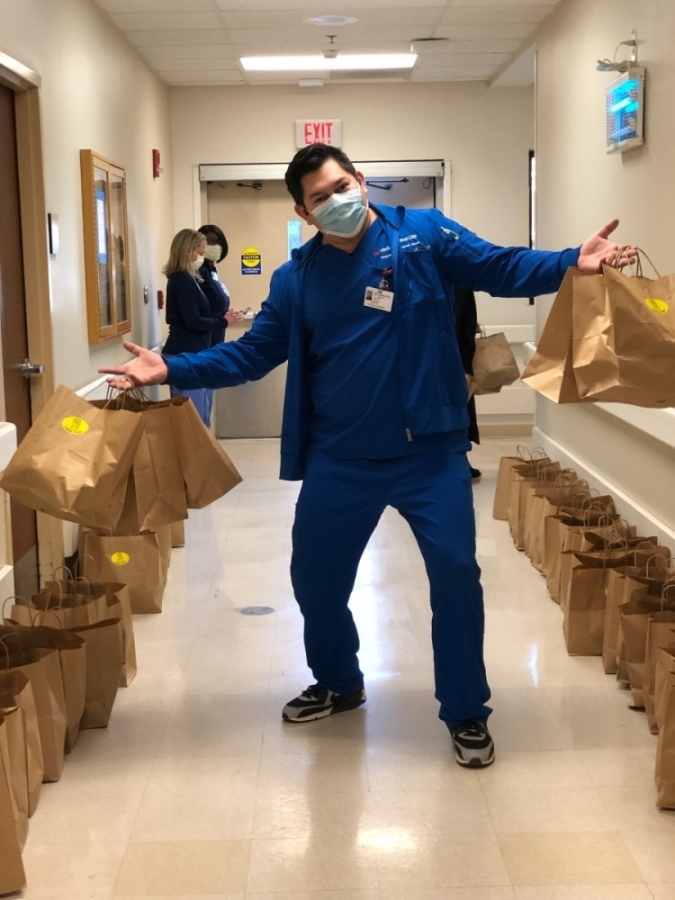 “That really just hurt our hearts because we're all about feeding people and trying to help take care of the community,” Miller said. “So I sent out an email to some of our customers to let them know that for every meal somebody donated for a local healthcare worker, we would match it. Pretty soon, my phone and email were just blowing up with people wanting to make donations.”

The restaurant then made hot, three-course meals for the Medical City staff. Miller said Bistecca partnered with the Lewisville Noon Rotary Club to help pack and deliver the meals.

“When we pulled up to the hospital at the loading dock, they had the supervisors from each department come down and grab however many bags they needed to take care of their staff,” Miller said.
RELATED STORIES

Miller said the community has been extremely responsive and eager to help Bistecca continue donating meals.

Because of the first weekend’s success, Miller said Bistecca is hoping to continue and expand the donations. The restaurant is hoping to create a weekly rotation so that it can also donate to Texas Health Presbyterian Hospital of Flower Mound, Medical City Denton and local first responders.

Miller said anyone interested in making a donation should send an email to stacey@bisteccasteakhouse.com.

“When we heard about the hours that the health care workers were working and the fact that they didn't have a cafeteria and couldn't always have a hot meal, it was a no-brainer that we needed to do something,” Miller said. “Everybody's stuck at home right now and feeling like they have no control of any part of their lives. It's made people feel good to be able to feel like they're contributing and helping somebody that's out there taking care of all of us.”
Bistecca—an Italian Steakhouse Highland Village Stacey Miller Medical City Lewisville Medical City Denton Texas Health Presbyterian Texas Health Presbyterian of Flower Mound Coronavirus (COVID-19) Lewisville Noon Rotary Club Highland Village Dining Lewisville-Flower Mound-Highland Village
SHARE THIS STORY