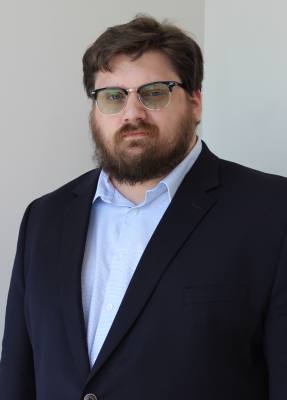 In an industry where nearly 11% of funeral homes in the U.S. were owned by publicly traded corporations as of 2019, according to the National Funeral Directors Association, Dalton & Son Funeral Home is providing the personalized touch of a three-generation-old family-owned and -operated business.

The original Dalton & Son Funeral Home opened in 1969 with Cecil Dalton and his son Bill Dalton at the helm. It offered complete funeral and ambulance services, which was common in the 1960s and 1970s. The ambulance was even equipped with a resuscitator, oxygen and a two-way radio.

Nowadays, the ambulance is gone, but the full in-house service remains, from mortuary service to embalming to cremation.

Dalton & Son has been handed down to its third generation. Son of Bill and grandson to Cecil Dalton, the younger Cecil Dalton is a life-long resident of Lewisville. He graduated from Lewisville High School in 1985 and from the Dallas Institute of Funeral Service in 1986. He became a licensed funeral director in 1987.

“I worked for my dad, but then he sold the business to a big corporation in Dallas,” he said. “I worked for them for about six, seven years and decided I didn’t want the corporate life, so I came out here.”

In 2003, Dalton opened Flower Mound Family Funeral Home. It features a large, low fireplace in the lobby. The goal is to make the funeral home feel like a real home, the website said.

But a year after he opened the new location, the corporation that owned the original Dalton & Son Funeral Home came to Dalton looking to sell.

“I had actually tried to buy the funeral home from them before I even started [the Flower Mound] location, and they told me, ‘No,'” Dalton said. “The stock market had crashed, and now they had to start selling off some assets to pay down debt. That’s how I ended up with two funeral homes.”

“With a family business there’s a through line that’s important,” Dalton said. “Especially the family touch in general is so much more important than people realize. Are you going to get better service out of a family-owned funeral home than your average corporate? Yeah.”