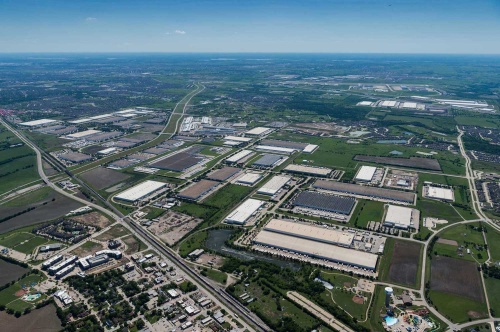 Construction of industrial space in northeast Tarrant County is outpacing industrial building in other major U.S. cities, according to a research report by real estate company CoStar.

About 10.5 million square feet of industrial space is being built in the area, according to the Aug. 5 report. That is more than triple the amount of industrial construction in the rest of North Texas, CoStar reported.

Access to transportation hubs such as Fort Worth Alliance Airport and Dallas/Fort Worth International Airport as well as residential growth in northeast Tarrant County are pushing industrial growth in the region, said Paul Hendershot, director of market analytics for CoStar and author of the report.

“As tenants increasingly need just-in-time service, … we're seeing this airport effect, this need for delivery services through air,” he added. “We also have [a growing] population, and in turn there is a massive need for industrial and logistics space.”

Much of the construction is taking place around AllianceTexas, a 26,000-acre, master-planned community in northeast Fort Worth. The development is already home to industrial and logistics hubs for companies such as BNSF Railway, FedEx and Wal-Mart.

Hillwood, the developer of AllianceTexas, has showed no signs of slowing down its industrial activity. On Aug. 8, it announced plans to construct two new industrial buildings totaling 1.3 million square feet.

“Over the last 18 months, Hillwood has launched almost 6 million square feet of new industrial projects at AllianceTexas, leasing over 3 million square feet of that space while still under construction,” Hillwood Senior Vice President Tony Crème said at the time. “These new buildings are a result of Hillwood’s ‘on-demand’ approach of continuously having Class A speculative space available for immediate occupancy to meet the needs of global logistics companies seeking instant speed to market.”

As industrial construction continues in northeast Tarrant County, vacancy rates have remained stable at 9%, though that is 3% higher than the rest of North Texas, according to the CoStar report.

“It’s due to the fact that we're seeing a bit more speculative properties under construction than usual. That's really a sign of a strong market because the developers believe that they can fill the space,” Hendershot said. “With so much construction, there's going to be a bit of a lag with the vacancy rate as new tenants move in.”
SHARE THIS STORY