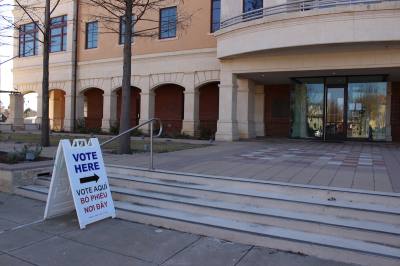 Updated 11:12 p.m.: Richard Newton has won re-election as Colleyville mayor. His opponent, Mark Skinner, trailed for most of the night May 4 as results crept in. Other incumbents, Tammy Nakamura and Bobby Lindamood, maintained their seats on Place 1 and Place 2 of the council.

"We had a platform in 2016, and we did absolutely everything that we said we would do," Newton said. "I think the citizens agreed with the direction that we’re going in and the city is going in and Colleyville is doing wonderful and it’s very successful. So I’m pleased that we have an opportunity to serve three more years."

Nakamura maintained her position on the council as she led against opponent Jon Bullock by more than 900 votes.

The race for Place 2 was slightly closer, however, Lindamood pulled ahead from his opponent Vanessa Steinkamp.

“I would just like to say thank you to all the community who came out to vote," Lindamood said. "And even those that didn’t vote for us, we’re still here for those guys just as well. We love the whole community and we hope we can come together and stop the bickering and become one, one community. We’ve got a lot of cool things coming up in the near future."

Posted at 7:41 p.m.: Three Colleyville City Council positions are up for grabs in the May 4 city election: Mayor, Place 1 and Place 2.

In the lead for Place 1 is Tammy Nakamura against her opponent Jon Bullock.

Bobby Lindamood is ahead in the race for Place 2 against opponent Vanessa Steinkamp.