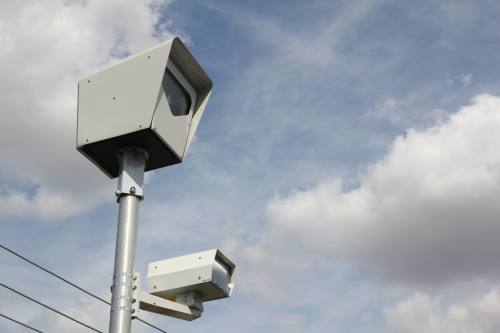 Cities across Texas are shutting off their red-light cameras following the announcement that Governor Greg Abbott signed House Bill 1631 on June 1, officially prohibiting the use of "photographic traffic signal enforcement systems."

The law allows cities to continue their cameras’ operation until contracts with camera providers expire. But some city officials have decided to pull them immediately.

Southlake Mayor Laura Hill took to social media to announce plans to terminate a contract with Redflex, something the city had already been considering. Up until now Southlake had four cameras in operations at different intersections along Southlake Boulevard.

They will be removed in the coming weeks, according to a June 3 city news release. No further payments for violations will be processed.

“The removal of the red-light cameras will not impact our efforts to protect Southlake,” Southlake Police Chief James Brandon said in the news release. “We will continue with our work to keep our intersections as safe as possible. Our traffic and patrol divisions work diligently every day to help ensure the traveling public in Southlake reaches their destinations safely.”

The city of Plano has also acted immediately to stop its red-light camera program.

“We are exercising our right to terminate the contract and working out the details with the vendor,” said Steve Stoler, media relations director for Plano, in an email response. “As of May 31, 2019, there will be no further notices issued related to the red-light camera program.”

Similarly, Roanoke is ending its contract with Redflex and will work to remove camera equipment, City Manager Scott Campbell said in an email response.

“The camera at Preston [Road] and Gaylord [Parkway] is no longer capturing violations, and all violations that are currently in the workflow are being dismissed,” said Evan Mattei, public information officer for the Frisco Police Department, in an email response. “This newly signed law is not retroactive and does not affect past violations.”

Previously, traffic violations captured by red-light cameras warranted a civic penalty of up to $75. The Texas Department of Motor Vehicles and the county assessor-collector were allowed to refuse registrations or registration renewals for vehicle owners who were delinquent in their payments. This new law prevents state and county officials from refusing these registrations.

This red-light camera ban will have an affect on state and local budgets.

Revenues collected from civil penalties were split among camera vendors, cities and the state. Cities used funds to traffic safety programs and projects. The state used its share to fund designated trauma facilities and regional emergency medical services, according to the Texas transportation code.

One analysis of the bill indicates the state would lose more than $20 million in funding for its designated trauma facility and EMS account in fiscal year 2020-21.