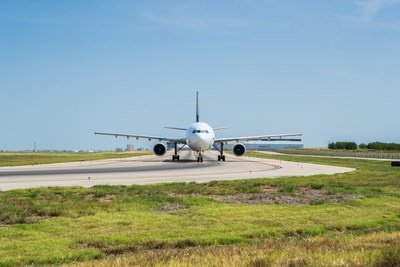 The Dallas Fort Worth International Airport received a Letter of Intent from the Federal Aviation Administration on July 27, committing to a maximum of $180 million in Airport Improvement Program grant funding for two new end-around taxiway systems.

End-around taxiways allow arriving aircrafts to taxi around the airport’s seven active runways, rather than wait to cross the runways as they do now. The taxiways enhance safety because they prevent runway crossings, reducing the risk of possible incursions, a DFW airport press release said. End-around taxiways increase runway efficiency and reduce overall taxi times for arriving aircraft, according to the release.

"Today's commitment of $180 million is further validation for the team from DFW, the FAA and NASA who designed the concept of end-around taxiways more than a decade ago," Sean Donohue, CEO of Dallas Fort Worth International Airport, said in a statement. "When we work together, we improve the safety and efficiency of the airfield and create more capacity on our runways, preparing us to better meet the growing demand for air travel in the United States."

According to the DFW airport news release, the taxiway projects are a key part of DFW's overall 10-year infrastructure improvement plan, which includes enhancing or rebuilding runways, roadways, bridges and other major infrastructure needs on the Airport grounds.

The investment in two new taxiways at the airport will ensure more efficient movement of travelers and commercial goods, U.S. Secretary of Transportation Elaine L. Chao said in the release.

The end-around taxiways are already under construction on the airport’s northeast quadrant, and completion is expected by 2021. The airport's southwest quadrant taxiway is expected to be complete by 2023. The federal funding included in the Letter of Intent could cover up to half of the overall cost of the next two phases, the release said.