Major GCISD bond projects to be completed in 2018 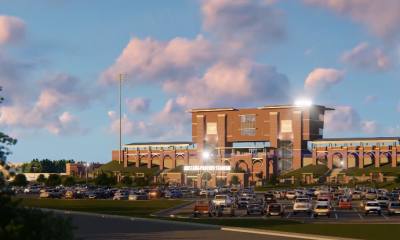 A rendering of Mustang-Panther Stadium was released by Grapevine-Colleyville ISD last fall.

Grapevine-Colleyville ISD contractors are working through several large bond projects. Those include additions and renovations at three schools—Heritage Middle School, Grapevine Middle School and Timberline Elementary School—as well as construction of the two new multipurpose activity centers at their respective high schools and the rebuilding of Cannon Elementary School. Work is also being done at Mustang-Panther Stadium.