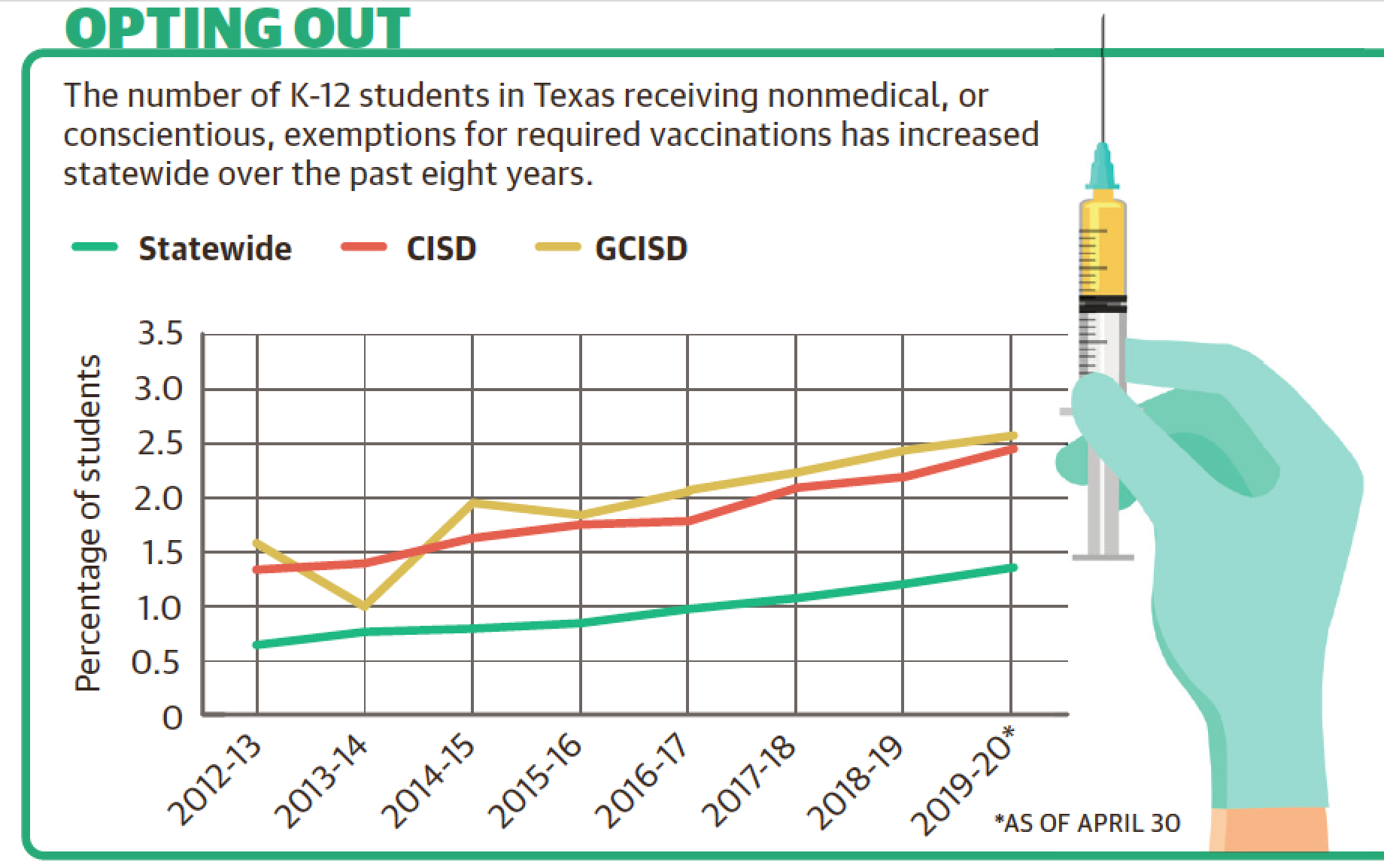 The numbers of students who opt of the state’s mandatory vaccination requirements have been on the rise in recent years in Carroll ISD, Grapevine-Colleyville ISD and other school districts across the state of Texas.

“You want to build as much protection into the community as you possibly can to protect everybody,” DSHS Media Relations Director Chris Van Deusen said. “If it’s one [unvaccinated] person and everybody else is immunized, it’s not going to be [a problem], but when you see immunization rates falling under 95%, you start to get concerned.”

A conscientious exemption can be granted when a parent objects to the state’s vaccination requirements based on personal beliefs, religious or otherwise. As such, a parent or guardian has the legal right to exclude their children from otherwise required immunizations.

Across the state, the number of K-12 students receiving nonmedical, or conscientious, exemptions for required vaccinations increased in 2019-20 for the 10th straight school year, according to data from the Texas Education Agency.

Numbers from the TEA’s annual survey gauging immunization status reflect responses from roughly 1,200 public districts and 900 accredited private schools in Texas. The most recent survey available as of April 30 indicates that 1.35% of K-12 students in the state received conscientious exemptions during the 2019-20 school year, up from an average of 1.20% in the 2018-19 school year.