Jessica Cruz, owner of Texas General Store in downtown Grapevine, said the first round of PPP loans was vital for her business. (Sandra Sadek/Community Impact Newspaper)

For many businesses in Grapevine, Colleyville and Southlake, the federal Paycheck Protection Program became crucial in keeping people employed and businesses open last summer during the COVID-19 pandemic. 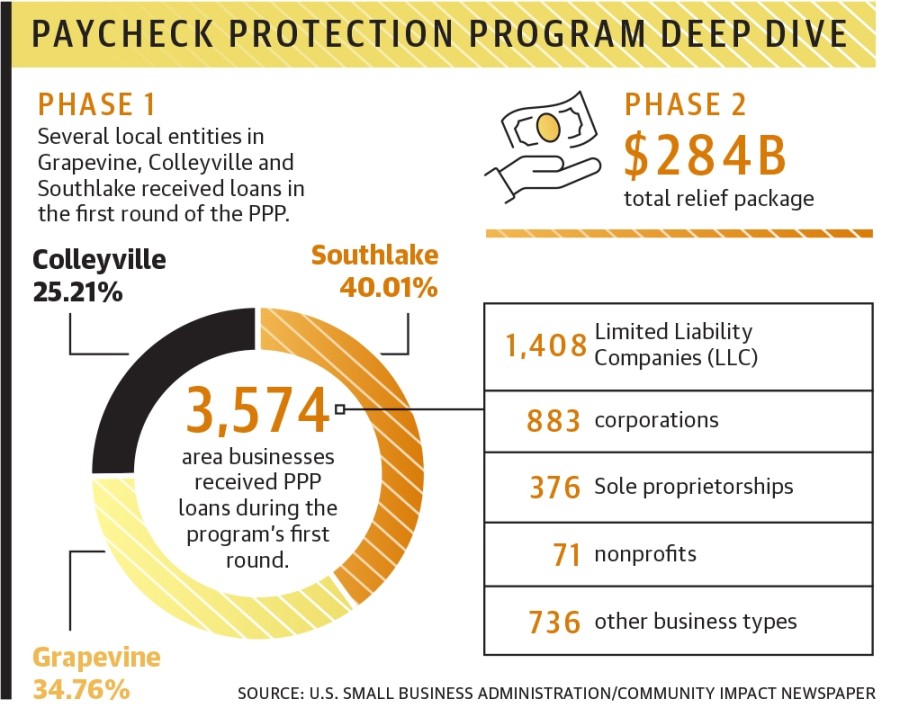 In late December, a second round of the program worth $284 billion was approved that allows small businesses to benefit if they had exhausted their initial loan or did not receive a loan in the first round.

Jessica Cruz, owner of Texas General Store in downtown Grapevine, said the first round of PPP loans was vital for her business, which had closed after being deemed nonessential. Cruz submitted her application Jan. 25 for the second round of loans.

“Most of my neighbors that I’ve spoken with were able to receive some sort of funding, which has prevented Main Street from becoming desolate,” she said.

Eligibility requirements were changed for the second round of funding to ensure that smaller businesses are prioritized. To qualify, businesses must have fewer than 300 employees and be able to show more than a 25% reduction in gross receipts within a specific quarter relative to 2019. 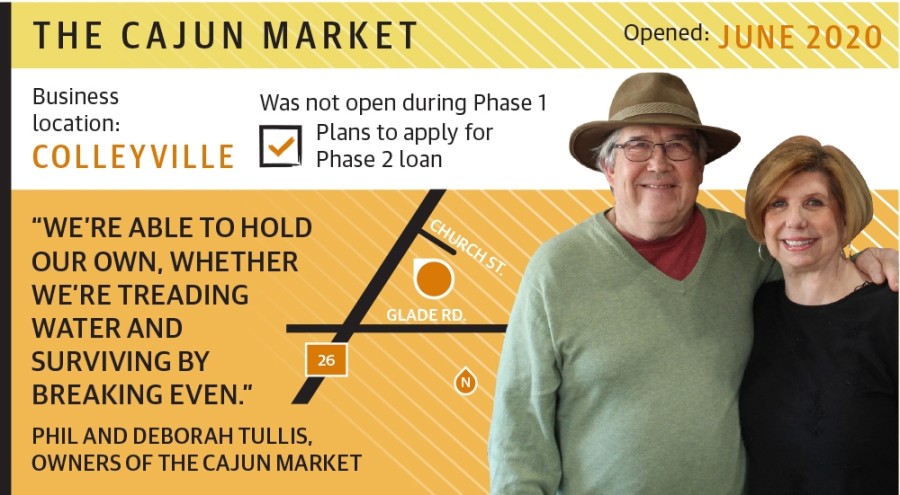 Phil Tullis, who opened THE Cajun Market in Colleyville last year and has a background in finance, said he appreciates the new focus on supporting small businesses. Locally owned businesses are stakeholders in their communities, he said, but it is easier for large, established corporations to open new lines of credit.

“Small, mom-and-pop businesses have to jump through hoops to get a similar line of credit to survive,” he said. “It’s unfortunately just the way.”

“Our job is to support the community’s needs through loans,” he said. “And when COVID happened and the shutdowns happened, it was a scary time for us as a bank and scary for our customers as well.”

Spirit of Texas Bank, which has locations in Grapevine and Colleyville, handled loans for many North Texas businesses and nonprofits in 2020.

Most of the applications the bank has received for the second round of funding are from businesses that already received PPP loans during the first round, McGuire said.

“What this does is [provide] a direct capital injection into these companies that [they] can use today in the form of paying employees,” he said.

When Steve Brown’s 35-year-old Grapevine restaurant, Esparza’s Restaurante Mexicano, had to close down for six weeks due to COVID-19 restrictions, he had to let his entire staff go, with the exception of his management team. After receiving a $400,000 PPP loan, he was able to bring back 95% of staffers, he said.

“Obviously, not everybody’s getting all the hours they were getting before, ... but everybody’s back, employed,” Brown said. “The hardest thing you ever have to do is tell somebody they don’t have a job [through] no fault of their own.”

Like many other PPP recipients, Brown and Cruz will not have to repay their initial loans, which will relieve them from further financial obligations.

“I have friends in the industry all across the country,” Brown said. “Everyone I’ve heard from has gotten 100% forgiveness. But they’re using the money the way it was meant to be spent: on labor and [similar] things.”

Tullis said his business makes a more reliable profit than a lot of businesses because it offers authentic Louisiana cuisine, which is hard to find in North Texas. Still, he said he has seen a decrease in revenue since opening last June. He is looking into whether his young business qualifies for a PPP loan this year, which could help pay his 14 employees and create a financial cushion.

“Look how many restaurants have closed,” he said. “We’re able to hold our own, whether we’re treading water and surviving by breaking even.” 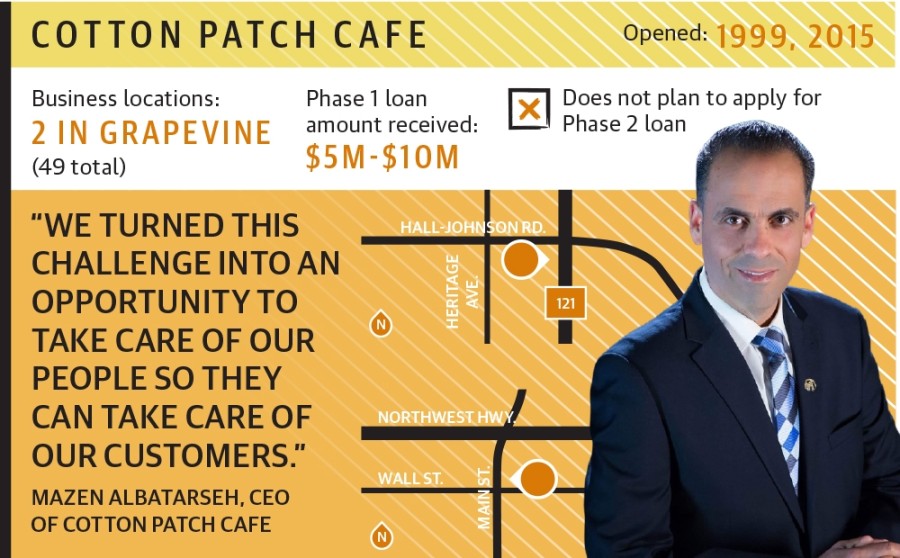 Cotton Patch Cafe, which has its corporate office in Grapevine, qualified for PPP money that was distributed among all its locations to retain employees, according to Cotton Patch Cafe CEO Mazen Albatarseh.

“They were on the front line,” he said. “We did not know what we were dealing with. They were essential to keep not just the economy going but [also] people fed.”

For more information about the second round of Paycheck Protection Program loans, business owners should contact their bank or visit www.sba.gov/funding-programs/loans/coronavirus-relief-options/paycheck-protection-program.