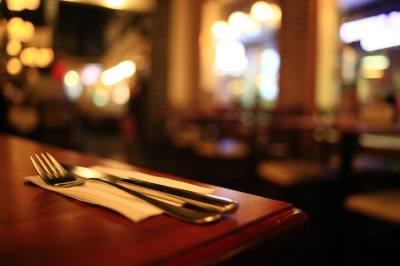 An alcohol permit was at the center of a Sept. 23 special meeting of Colleyville City Council. It was ultimately granted after a contentious process over the course of two meetings.

Applicants Paul and Lisa Pardo applied for the permit to open the Stone House Restaurant and Wine Bar at 5201 Colleyville Blvd., Colleyville.

The property contains an existing house dating back to 1945 and an accessory building, which was previously used as a salon, according to city documents. The site is directly adjacent to a residential neighborhood.

The intention is for the restaurant to be open for dinner only and closed on Sundays, according to submitted documents. Design plans feature patio seating, indoor dining, fire pits and a bar.

It will be a “contemporary eclectic” restaurant that will have a varied menu of made-from-scratch dishes that include pizzas, steaks and pasta, Paul Pardo said. There will be a bar and speakers on the patio. Music would follow the same styles of Sammy Davis Jr., Ella Fitzgerald and Frank Sinatra with a potential for live acoustic performances.

“This will be a beautiful, one-of-a-kind restaurant keeping the original house built in 1945 fully intact. ... We wanted to bring something to Colleyville that does not exist at this time,” the submitted statement reads. “A place where you have the choice to dine in or outside, under large pecan and pine trees and look at the stars as you enjoy a great dinner, a glass of wine with appetizers and listen to live music.”

But despite the Pardos’ vision, the permit request failed to obtain the necessary votes of approval from the Colleyville Planning and Zoning Commission at its Sept. 9 meeting. This means a recommendation for City Council to deny.

A first public hearing for the permit request was held at Colleyville’s Sept. 17 City Council meeting.

The restaurant and bar has garnered at least 15 written responses of support at the time of the meeting, according to submitted documents. It would be a great addition to the community, supporters said in their comments.

But officials have also received two letters of opposition containing multiple signatures. Reasonings for the opposition related to alcohol consumption, lights, noise and devaluation to their own properties, according to submitted responses.

A few of these opponents also addressed City Council at the Sept. 17 public hearing.

“My problem is not the Stone House Restaurant,” said Richard Novak, who lives close behind the property. “My problem is the bar, the music, the lights that we talked about that are going to be right there in my neighborhood. … I think it sets a dangerous precedent for putting a bar in somebody’s backyard.”

Novak said he used to live next to a comparable restaurant before moving to Colleyville and wishes to avoid a similar experience.

“It’s imperative that a restaurant be able to serve alcohol. This is the best way for the city and the Pardos, as well, because it can be controlled,” Stephen Symonds said, showing his support. “With [bring-your-own-beer policies] you don’t really have that control.”

Although Novak was in attendance along with two of his neighbors, they did not speak at the public hearing. Novak said he believed City Council had already come to a conclusion.

“It feels very clear that a decision has been made, so I didn’t feel any purpose in getting up—just let the process take itself where it’s going to go,” he said.

But the three neighbors said they are trying to keep a positive outlook and are optimistic.

After the hearing closed, City Council steered the conversation to noise.

An existing fence currently lines the property, and Skyrocket juniper trees will also be planted to help provide an additional buffer for light and noise, Paul Pardo said.

In the end, City Council approved the permit for alcohol sales with a few conditions: The name of the restaurant will be changed to Stone House Restaurant; the permit will expire if there is a change in ownership or if the certificate of occupancy expires; and live music will be restricted to acoustic with no amplification.

It was a 6-0 vote. Council Member Callie Rigney was unable to attend due to a scheduling conflict.

The restaurant is anticipated to open in late November, Paul Pardo said.
SHARE THIS STORY

Stephanie Williams and Andrew Yeager are running to fill the vacant Place 7 seat on the Carroll ISD board of trustees after trustee David Almand announced he was stepping down back in July.

The Grapevine-Colleyville ISD board of trustees voted to lower its tax rate to $1.2751 at its Sept. 27 meeting.

Carroll ISD trustees approved in a 6-0 vote their 2022 tax rate set at $1.2686 per $100. The board also gave the district permission to levy the fifth golden penny to secure additional revenue.

GALLERY: Art in the Square event brought artists, community together in Southlake

The annual festival and community fundraiser highlighted work from more than 150 artists, including emerging and youth artists.