The inspiration to open the FlyKids Yoga studio struck Danielle Vaughn nearly eight years ago when she was driving with her children. As her two younger daughters bickered, Vaughn noticed her oldest, Sophia, in a sleep-like state and asked what she was doing.

Sophia had seen her mother practicing yoga at home and was trying to mimic the meditative practice.

“I thought, ‘What if I could give this to my kids before they get disconnected from their inner voice?’” Vaughn said. “I went to a [yoga] training. I started teaching my kids, and their friends started coming.”

In the beginning Vaughn taught from her home, but her classes quickly filled up as interest grew. Fast forward to September 2016 when FlyKids Yoga in Southlake opened its doors for the first time, serving children and teenagers from ages 4-18 years old with classes divided by age groups. Students begin class by sharing their feelings and goals they hope to achieve in the class, Vaughn said.

Games, song and dance are incorporated into younger children’s classes, and students are encouraged to use their imaginations to go on pretend adventures. Instructors are also able to accommodate children in a special needs class.

Children also have a different way about approaching yoga—without fear, she said. They openly embrace the chance to be creative and make up their own poses.

“That’s what’s cool about kids,” she said. “They don’t have a lot of judgment yet. They’re not as self-critical as adults are yet, and that’s why I wanted a kids yoga studio. … They’re natural yogis.” 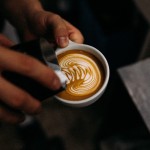