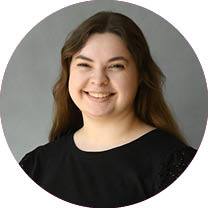 The Grapevine Parade of Lights is hosted in conjunction with Grapevine-Colleyville ISD and the Grapevine Chamber of Commerce. (Courtesy Mike Reyher)

In the coming weeks, the city of Grapevine will hang thousands of lights and miles of garland to continue its reign as the Christmas Capital of Texas.

The city received its title as the Christmas Capital in 2009 with Senate Proclamation No. 556. Signed by Texas State Sen. Jane Nelson, Grapevine was honored for its holiday events and the Christmas experience it offers residents and visitors.

“Grapevine has grown leaps and bounds since becoming the official Christmas Capital of Texas in 2009,” said Daniel Horsch, director of marketing and brand management for the Grapevine Convention & Visitors Bureau. “Year after year, Grapevine adds more holiday-related events for the entire family. ... Grapevine embodies the spirit of the holiday season.”

To live up to its title as the Christmas Capital of Texas, Grapevine will have around 1,400 events over more than a month’s span.

Grapevine expects to receive thousands of visitors for those events, which include ICE! at the Gaylord Texan Resort & Convention Center as well as the North Pole Express, Horsch said.

Horsch said planning can take more than a year for certain activities, and city entities work together throughout the year to prepare for the holiday attractions.

“We’re thankful that we have so many incredible partners that help make every event a huge success,” he said.

One partner of the Christmas Capital of Texas is Grapevine’s public safety departments. Amanda McNew, media manager for the Grapevine Police Department, said the safety and security of citizens is the department’s primary concern. She said the police have been collaborating with the city’s parks and recreation department to keep traffic moving during the high influx of visitors.

“Everything we are planning and doing is centered around making sure our personnel, volunteers and visitors are coming to a safe environment to have the best experience possible,” she said.

The foot traffic along Main Street and throughout the city also affects Grapevine’s local businesses. Julia Sizemore, president of the Historic Downtown Grapevine Association, said the merchants of Grapevine live for the city’s festivals, such as Christmas Capital, Main Street Fest and GrapeFest events. She said these events bring locals and visitors to Grapevine’s businesses.

“We’re so blessed with the tourism down here in the city,” Sizemore said.

Grapevine’s proximity to the Dallas Fort Worth International Airport is another plus for local businesses, she said. Sizemore said Grapevine sees visitors from around the world who can jump on a shuttle at the airport, and eat, drink and shop at the city’s businesses.

Debi Meek—owner of Bermuda Gold and Silver, and a member of the Historic Downtown Grapevine Association—said the influx of tourists during the Christmas season is critical for the businesses.

“We have people come from literally all around the world to the Christmas Capital,” Meek said. “We live for that time, because it’s just such a wonderful time of year, and it impacts us in a very positive way.”

Grapevine’s sales tax revenue regularly increases during the holiday season. Sales tax allocations for each month generally reflect purchases made two months earlier. According to the State Comptroller’s Office, revenue in Grapevine has increased during the months of November and December each of the past five years, except for a dip amid rising COVID-19 cases near the end of 2020.

Main Street will have a 9,000-gallon ice-skating rink during the holiday season as part of this year’s events. The ice rink is part of the growing variety of Christmas events in Grapevine.

In a July 5 council meeting, Paul W. McCallum, executive director of the Grapevine Convention & Visitors Bureau, said depending on the ice rink’s success and the continued growth of the Christmas Capital of Texas, “Grapevine will become the Rockefeller of the Southwest.”

The ice rink will be located at Grapevine Main Station’s Peace Plaza. Horsch said the skating rink will be the largest outdoor ice rink in North Texas.

Sizemore said Grapevine’s businesses are looking forward to the crowds that may not have come out in the previous two years.

“I would venture to say that ... we will have a record-breaking year for attendance,” she said.

With its growing popularity, the city has taken measures to prepare for large crowd sizes, including expanding sidewalks along Main Street and adding more lighting in public parking lots. Grapevine City Council approved those plans, which are designed to improve the pedestrian experience in downtown at its Sept. 6 meeting.

Main Street is not the only area in Grapevine expecting a high number of visitors. The Gaylord Texan Resort & Convention Center welcomes more visitors each year, according to Martha Neibling, the director of marketing and public relations.

“Our Gaylord team works year-round to develop and bring to life these special events—and we have an incredible amount of passion around it,” Neibling said.

Horsch said in Grapevine, the holidays are about making memories.

“It’s about bringing people together to have fun, grow closer and create new memories that will last a lifetime.”