Frisco officials will increase surveillance efforts for mosquitoes on the city's westside after a pool tested positive for West Nile virus.

In a news release announcing the positive test, city officials said the increase in surveillance efforts would be in portions of the Lone Star Ranch and Phillips Creek Ranch neighborhoods. The release says the efforts will also include looking for increased areas of stagnant water that may support mosquito breeding.

The portions of the Lone Star Ranch and Phillips Creek Ranch neighborhoods are south of Stonebrook Parkway, west of Teel Parkway and north of Lebanon Road. 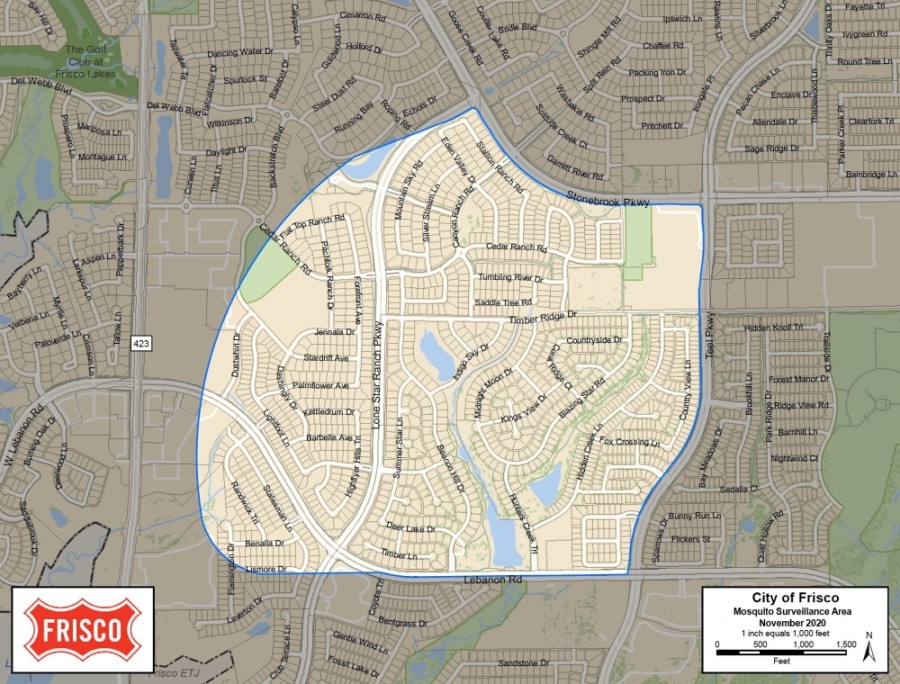 This positive test represents the 23rd time that West Nile virus has been detected in mosquito pools in the city since May 1. No human cases of West Nile virus have been reported in Frisco, according to the city.

• Use air conditioning, and make sure doors and windows have intact screens.