Frisco confirmed the 19th and 20th mosquito pools of the season that had tested positive for West Nile virus. (Courtesy Adobe Stock)

The city of Frisco will have a contractor spray for mosquitoes this weekend in a pair of neighborhoods off Main Street after two pools tested positive for West Nile virus.

The first area to be sprayed is The Trails neighborhood, which is near the northwest corner of Teel Parkway and Main Street. 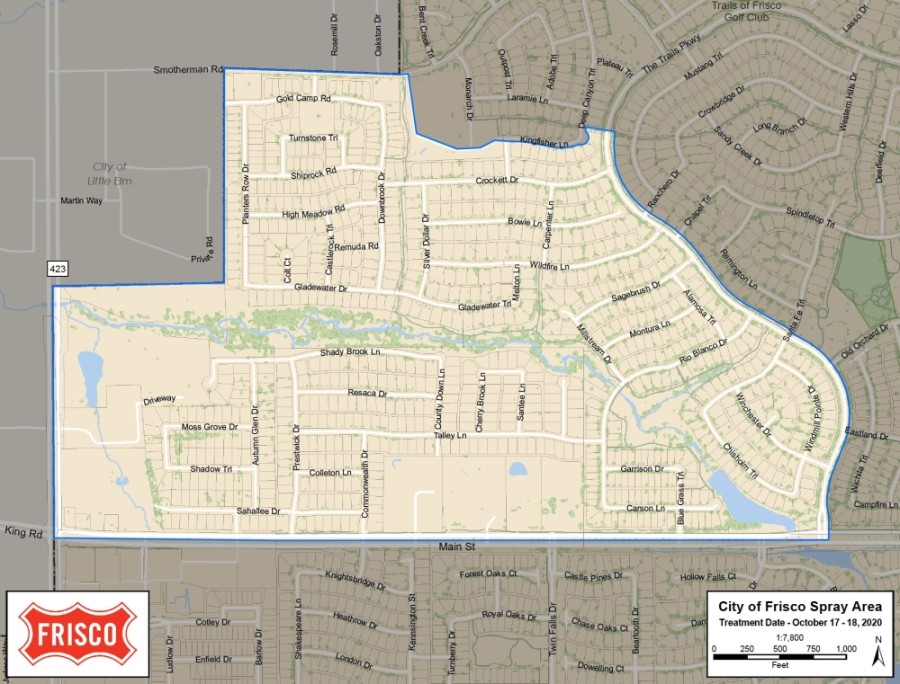 The second area is in the Village Lakes Community south of Main Street between Legacy Drive and Teel Parkway. 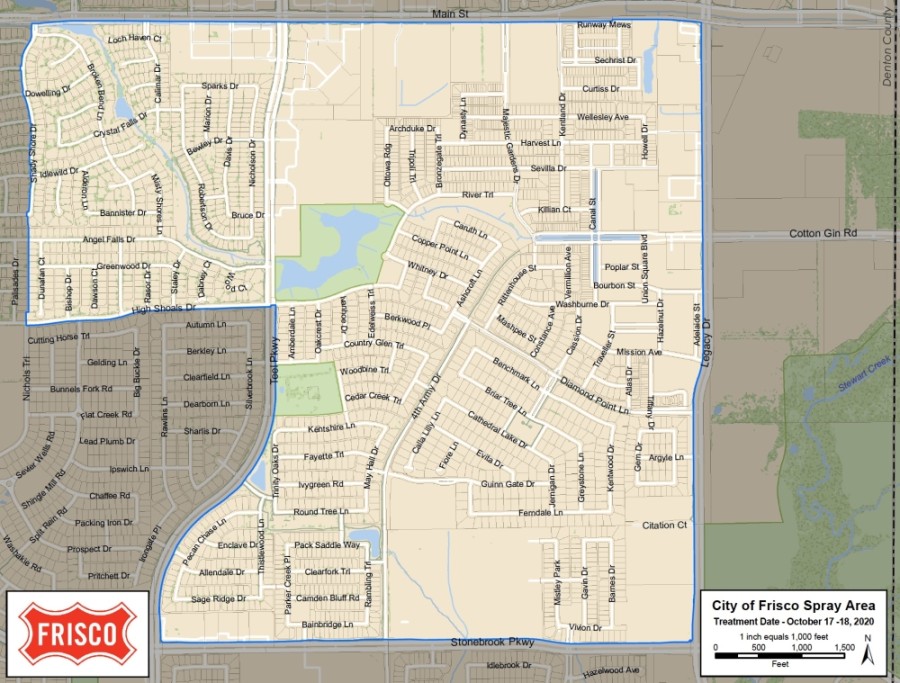 • New office parks in the works in Frisco

• FireFly Gift Boutique in Frisco closing by end of year

These two positive tests represent the 19th and 20th times that West Nile virus has been detected in mosquito pools in the city since May 1. No human cases of West Nile virus have been reported in Frisco, according to the city.

A third-party contractor will spray in the designated areas beginning at 9 p.m. Oct. 17 and continue until 5 a.m. Oct. 18. The spraying will then repeat for the same hours that evening and into the morning of Oct. 19.


Additional information about Frisco's Mosquito Surveillance and Response Plan is available at www.friscotexas.gov/mosquitoes.