Frisco was the fastest-growing large city in the U.S. over the last decade, according to the U.S. Census Bureau.

Frisco Chamber of Commerce President and CEO Tony Felker said that growth is a product of the work city leaders have been putting in to build up the city over the years.

Frisco’s growth rate outpaced all other U.S. cities with a population of 50,000 or more by nearly 15%.
RELATED STORIES

• Expanded testing, population growth in Frisco and 3 other DFW-area stories

• Freestanding ERs in Texas can now care for Medicaid, Medicare patients during pandemic

Felker said city leaders have long been focused on making the best decisions for Frisco, and that thinking has continued during the current coronavirus pandemic.

“It's not just about health and data. It's about what's going to be good for Frisco long term,” he said. “Everybody's always looking at the whole picture and not just one part of it. It's an unusual thing that we're doing here. And I think we just need to keep focused in on making that happen.”

The only other North Texas city to make the fastest-growing large city list was McKinney, which placed fourth with a growth rate of 51.9% over that same period. That growth gave McKinney an estimated 2019 population of 199,177 residents.

Data is currently being collected for the 2020 census. As of May 13, nearly two-thirds of Frisco households had completed the once-in-a-decade questionnaire. 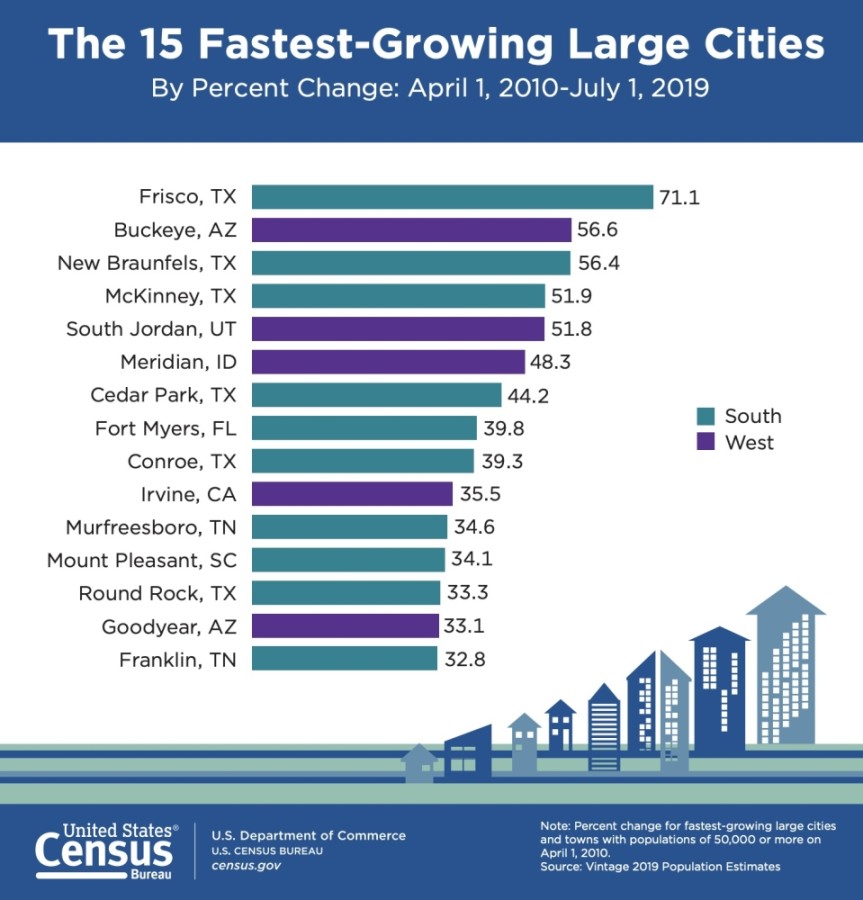