The city of Frisco announced May 14 that it will increase surveillance in the Creekside at Preston neighborhood on the city's northeast side after a mosquito pool tested positive for West Nile virus.

The neighborhood is near the intersection of McCommas Drive and Michelle Drive. Surveillance will also be increased in the neighborhoods for Panther Creek Estates and Dominion at Panther Creek. No treatments are planned at this time, the city stated.

“It’s earlier than usual to have a ‘positive’ test pool, so now is a good time to refresh yourself on the best ways to minimize mosquitoes in your yard and how to fight the bite,” Frisco Environmental Health Supervisor Julie Fernandez said in a news release.

West Nile virus is typically spread when people are bitten by an infected mosquito. The neuroinvasive disease may cause fever, headache, body aches, a skin rash and swollen lymph nodes.


For more information visit the city's website at www.friscotexas.gov/222/Mosquitoes. 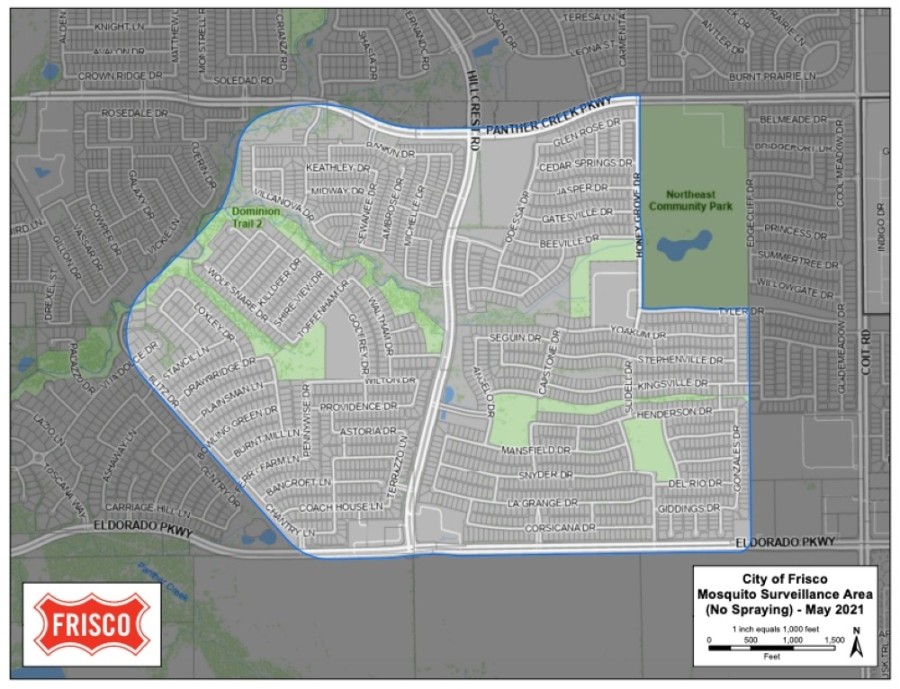