Frisco City Council voted to rezone 11.1 acres on the south side of US 380 and east of Hollyhock Road from agricultural to office. (William C. Wadsack/Community Impact Newspaper)

A new office park to be built on US 380 got approval for a zoning change from the Frisco City Council on Nov. 2.

Council voted unanimously to rezone 11.1 acres on the south side of US 380 and east of Hollyhock Road from agricultural to office. 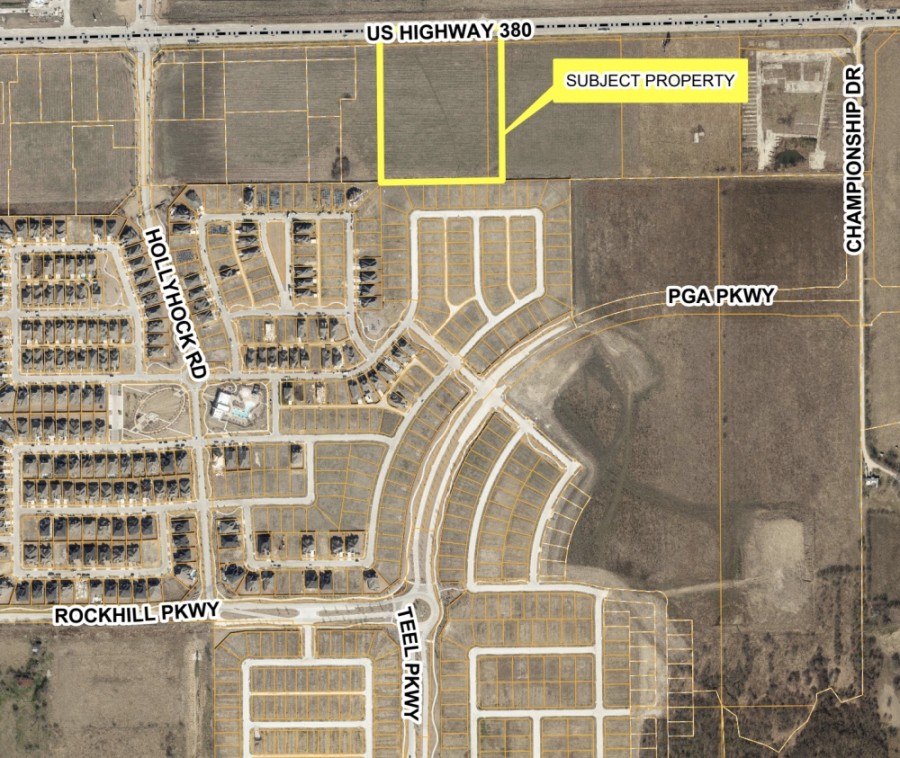 Owners of this project include 380 Medical Office Park LLC and SKLG Holdings LLC, per city documents. Council also approved a development agreement with the owners as part of the consent agenda at the Nov. 2 meeting.

Frisco Mayor Jeff Cheney noted that staff had not received any complaints about the planned office park from anyone in the single-family residential subdivision that is directly south of the development.

Director of Development Services John Lettelleir explained there will be a standard setback of 30 feet for a two-story office building from the residential development and that setbacks will increase should the buildings go higher. He said residents of the subdivision will also have another barrier from the office park as part of the development.

“When a property develops [in this manner], a minimum height of eight-foot masonry wall is required,” Lettelleir said.

In a document prepared for council, city staff said the rezoning request was compatible with the retail uses permitted to the west of the property and the future land use plan’s business park designation to the east.

Cheney asked whether the development fits in with the planned 380 Overlay District for the area, and Lettelleir said it would. He explained council still has to finalize that overlay district.

“[Council] finalized the study, so we’ll be bringing back two cases,” Lettelleir said. “One is to amend the zoning ordinance and the second one is to establish the overlay district. It’s the same process as the Preston Road Overlay District [went through].”