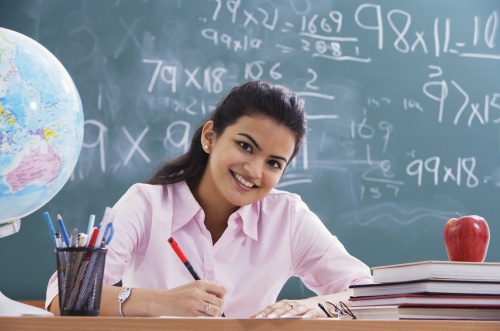 “We’ve been able to put dollars back in the classroom,” FISD Superintendent Mike Waldrip said. “We’ve been able to give our teachers a significant pay raise and do some other things in regards to their benefits that makes things better for them.”

Gov. Greg Abbott signed HB 3 into law one day before FISD adopted its budget in June.

The legislation increases the state’s share of funding for public schools while decreasing property tax rates so districts rely less on local tax revenue. The state is sending $18.6 million more to FISD in the 2019-20 school year.

“These are dramatic changes to the school finance formula, the way the whole thing has been developed and the way it’s operated for 30 years,” said state Rep. Jared Patterson, R-Frisco, a co-author of HB 3. “It’s the most substantive change we’ve had in more than a generation.”

More state funding plus the extra revenue the district is receiving from its tax ratification election in 2018 have helped FISD realize some of its goals in the 2019-20 budget, such as hiring more teachers to reduce class sizes, Waldrip said.

More changes are on the horizon for future FISD budgets, such as full-day pre-K for eligible children and possible adjustments to student fees. But what those changes will look like is still unknown, said Kimberly Smith, FISD’s  chief financial officer.

Under HB 3, FISD’s projected net revenue is about $25 million more than it would have been under the previous school funding formula. That gain comes despite the reduced tax rate.

FISD’s combined tax rate comprises two parts: a maintenance and operations tax rate, which pays for operational expenses, and an interest and sinking tax rate, which pays for debt. The district’s M&O tax rate is being reduced by about $0.10, meaning the district will receive about $34 million less in local tax revenue than it would have under the previous law. However, the state’s share of funding is increasing by 26%. Plus, FISD is projected to pay $41 million less in recapture, a finance mechanism in which property-wealthy school districts share some of their revenue with property-poor school districts, in the 2019-20 school year.

Patterson said the state is able to allocate more funds to public education because of a healthy economy. The Legislature would not have been able to restructure the school finance system in the 2011 session when the economy was struggling, he said.

“But thank God for the oil and gas industry and for our business communities that are thriving in our low-tax, low-regulation environment in Texas,” he said. “It’s allowing businesses to thrive and allows more revenues to come in, which allows us to reinvest those back into education.”

If the economy were to take another downturn, the Legislature could not simply take money away from schools, Patterson said; it would have to redo the entire school finance formula.

“We’re not just blowing money at the problem,” he said. “We’re actually changing the formulas and changing the foundation of the entire school finance system.”

FISD’s tax rate will continue to decrease by about $0.01 each subsequent year because of a cap on property tax revenue growth in HB 3, Smith said. The district does not plan to pursue another TRE in the near future, she said.

HB 3 requires that a chunk of new funding school districts receive be used for pay raises for full-time, nonadministrative staff.

FISD is giving employees on the teacher pay scale an additional $2,000 in their annual salary. Teachers with five or more years of teaching experience will also get an extra $500.

On top of that, the district is upping the starting teacher salary from $53,000 to $54,500. Other employees are also getting a 3% midpoint raise.

Smith said adding teachers and increasing their pay were priorities for the funds that came as a result of the TRE, and HB 3’s requirements reinforced that.

FISD is going to take the next year to explore its student fees with the help of a committee. Some fees include band and orchestra instrument rental fees and supply fees for theater and arts. The district will review the appropriateness of the programs charging the fees and whether those fees should be changed.

“The reason that we elected to suspend the athletics fee for a year was to ease some of the burden on students and their parents in terms of how many fees that they pay,” Smith said. “That one is an easy one to suspend because it’s collected at the district level, and it’s set by the district, and we know it’s consistent across campuses.”

The fee committee is expected to bring a comprehensive fee proposal to the board by the next budget cycle.

Another change coming in the future is a full-day pre-K program. School districts are required under HB 3 to provide full-day pre-K to eligible 4-year-olds. Districts may also offer half-day pre-K to children younger than age 4 but are not required to do so. FISD plans to use a waiver to delay implementing the program, Smith said. Questions include whether FISD has the space for full-day pre-K and the cost of staffing, she said.

FISD currently offers a daily, three-hour pre-K program for students who meet certain requirements, such as those who cannot comprehend English or who qualify for the free or reduced-price lunch program. These students would be eligible for full-day pre-K under HB 3. Students who do not meet those requirements could enroll under a tuition-supported program.

FISD board President Chad Rudy said the changes created by HB 3 are ultimately good for the district.

“That’s giving us more money, and we’re able to do what our priority has been all along, which is to try to get more teachers, reduce our class sizes and get our compensation at competitive rates,” he said.