Frisco invests in parks through purchase of 390 acres 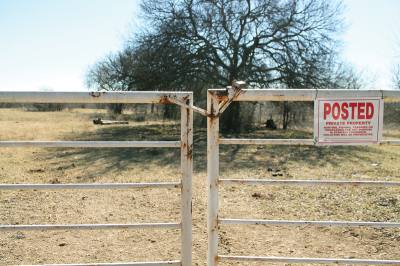 It is only a matter of time before developers claim much of Frisco’s undeveloped land area. With less than 40 percent of the city’s land area left to be built upon or platted, landowners are steadily selling off the last remaining parcels.

In an effort to preserve a portion of the available space for something other than residential or commercial development, the city decided to claim its own piece of the land pie.

The parkland is at the southwest corner of Panther Creek Parkway and Preston Road. The acreage is slightly more than the land area for the long-awaited 350-acre Grand Park on the west side of Frisco.

Altogether the city entities will pay about $61 million for the purchase of the Brinkmann Ranch parcel for the development of parkland with athletic fields and possible economic development uses. The city is paying about $34 million for the land purchase through voter-approved bonds. The FCDC has agreed to contribute about $18 million to purchase 100 acres of the land, and the FEDC has agreed to pay $9.1 million for 50 acres of the land. The FCDC agreed to pay up to $23 million before the FEDC board of directors approved it's portion of the land purchase.

“The challenge with being the fastest-growing city in the United States is if you sit back and just watch the city grow, you would find yourself in a position where we wouldn’t have opportunities to grab park space of this magnitude,” Frisco Mayor Jeff Cheney said.

According to city officials, athletic fields throughout Frisco stay booked, and it is difficult to host youth sports tournaments because many of the city’s parks are simply not large enough to do so.

The 2016 Parks and Recreation Open Space Master Plan has identified the need to acquire about 400 more acres of land for athletic fields. One of the main reasons the city outlined for purchasing the land on Brinkmann Ranch was to help address the needs in the parks master plan.

Though there are not yet set plans for the land, it is expected that nearly 250 acres will be used for athletic fields, according to the city.

Since the master-planning process has not started for this park, the parks and recreation department has an opportunity to see what residents would like to see included in the plans, Parks and Recreation Director Shannon Keleher said.

“Because it will take time to develop this park, we’ll have an opportunity to really engage with [residents] and really end up with a park that’s a reflection of not just the community today but the community in the future as we progress,” she said.

Another major reason for securing this land now is to get ahead of the development that is planned for Brinkmann Ranch and the rest of Frisco, Cheney said. Parcels of the ranch have been sold for residential development in recent years.

Most recently Green Brick Partners, a homebuilding and land development company, announced in January that development will begin soon on 97 acres adjacent to the future parkland for a residential community. The community, known as Frisco Springs, is one of two other plots of undeveloped land Green Brick Partners purchased in Frisco for future neighborhoods.

“We purchased the property [Frisco Springs] roughly two years ago based on the strong employment growth of the North Plano and Frisco tollway corridor,” said Jed Dolson, president of Green Brick Partners’ Texas Region. “Recent announcements, including the 400-acre park, should only benefit this property in the long run.”

Brinkmann Ranch is planned to be largely designated as an urban center, which includes corporate offices and urban residential development, according to the city’s future land use plan.

Cheney said the city is trying to be strategic in acquiring a large plot of land before the Brinkmann Ranch property is broken off and sold to different developers.

“At some point, the Brinkmann family is going to develop their property,” Cheney said. “They have the right to do so.”

Within the past year, other large plots of land in the northern half of Frisco­—which contains the largest portion of the city's undeveloped land—have been sold to developers for commercial development. Cheney said soon it will be hard to find undeveloped land for parks.

“We are planning the city with the end in mind,” Cheney said. “With that is having a vision for how much park space that we need in a community to maintain the quality of life that our residents expect and have here today. … If you wait too long, then it becomes almost impossible to acquire enough land that’s contiguous to create anything of significance.”

Not all city leaders have the foresight that Frisco officials have in including parks as a big component in planning a city’s future, said Kevin O’Hara, vice president of urban and government affairs for the National Recreation and Park Association.

“When you have a great [parks] system, it’s because city leaders like the folks in Frisco made the intentional decision to invest in this kind of infrastructure at an early stage,” he said.

Investing in parkland has other benefits as well for the whole community, including promoting health and wellness and conservation, O’Hara said.

The land purchase also affects the projected density of the city. Because the land could have been used as an urban center, city officials calculated that approximately 1,100 apartment units were eliminated from buildout projections with the land now being used for park space.

Frisco could reap the economic benefits of being able to host larger sports tournaments within this planned park.

“When you get big tournaments in [Frisco], you can go to the mall; you can go to maybe some team-friendly-type restaurants; and you can see the teams that are dining there together; they’re shopping at the mall because they’re on break,” she said. “It just drives a lot of economic impact into the community, especially when they’re staying here because they’re not going to drive 30 minutes to another mall; they’re going to shop at our mall.”

A strong park system is also attractive for corporations looking to move into an area. Amazon, for instance, listed recreational opportunities as a key preference for the future site of its second headquarters, or HQ2.

O’Hara said companies consider how parks add to the overall quality of life and “sense of place” in any cities they are looking to be located within.

“From Oklahoma City to Philadelphia and in smaller and mid-sized communities around the country, there is a growing recognition that we are in a competitive marketplace for attracting talent,” O’Hara said. “In order to attract that talent, you need to have a sense of place.”
SHARE THIS STORY

Prior to opening The Painted Teacup, Hewitt honed her artistic skills for 10 years as she painted pottery pieces and sold them via Etsy.