The University of North Texas is one of the higher education institutions with campuses in Frisco. (Courtesy UNT at Frisco)

The educational attainment of those 25 and older in Frisco shows a higher percentage of those with bachelor's degrees than the state average, according to the most recent American Community Survey estimates.

Frisco differs from Collin and Denton counties by having a higher percentage of residents with a graduate or professional degree. The city's percentage is also more than twice that of the state average. 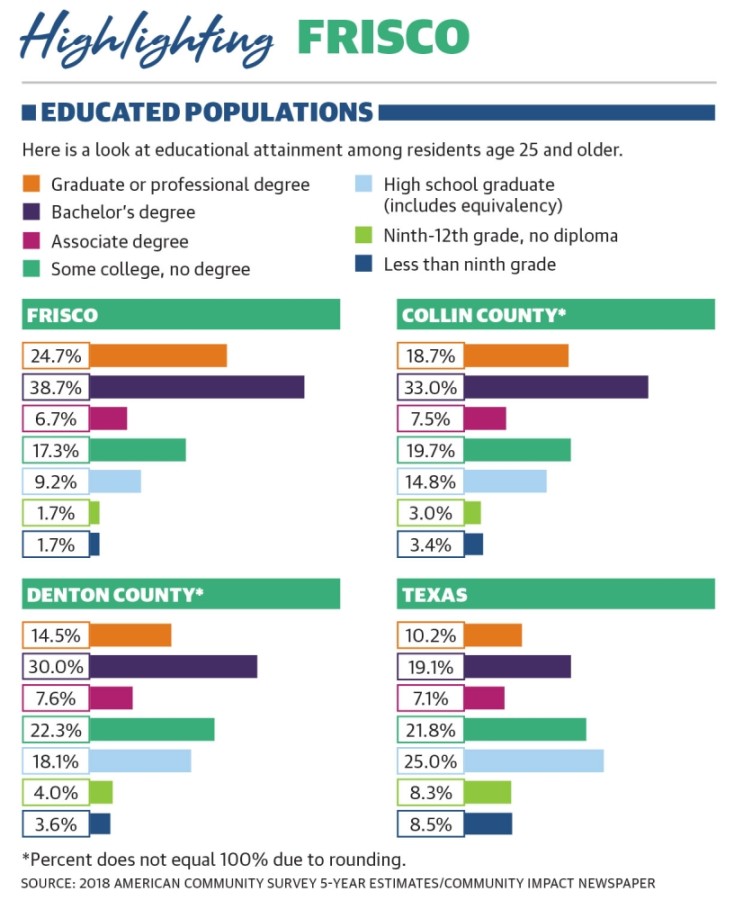 Among three higher education institutions with campuses in Frisco, the University of North Texas had the largest enrollment and issued the largest number of degrees at the full institutions in fiscal year 2018-2019.

More information on the demographic makeup of local colleges can be found below.
RELATED STORIES 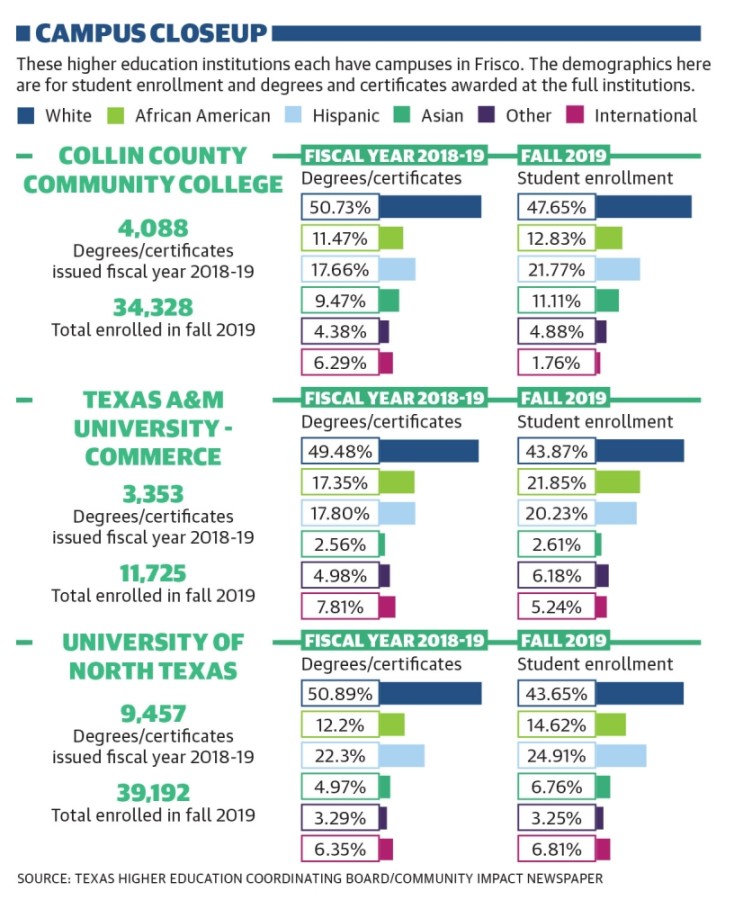