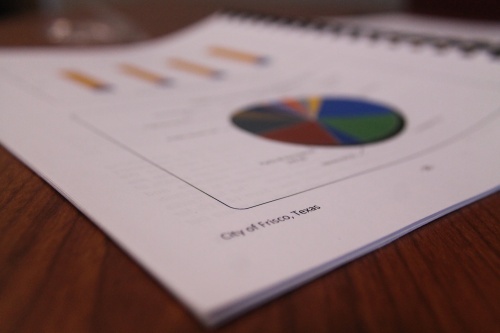 Frisco’s population continues to increase at a steady pace, but the growth in the number of city employees is slowing this year.

The city’s 2019-20 draft budget proposes adding four new positions—all in the police department—from the general fund, down from the 45 positions added in the 2018-19 budget. Any current open positions are still planned to be filled.

Restrictions in revenue from new legislation and slower sales tax growth led the city to recommend adding fewer employees in fiscal year 2019-20, allowing the city to maintain a 10% homestead exemption, a senior citizen exemption and the same tax rate.

New stores and destinations opening in Frisco this year could help boost tax revenues. City Manager George Purefoy said the city will reassess revenue mid-year to see if more employees can be added.

City staff and council members say they hope and expect residents will be unaffected by the changes.

“Hopefully, for this one year, it will have a very, very low effect,” Purefoy said. “If this goes on for two or three years, you’ll start seeing a difference.”

Frisco City Council is scheduled to adopt the budget and tax rate Sept. 17.

The Frisco Police Department requested more employees than any department this year—14 police officers and six civilian positions. Only four new officer positions are included in the budget proposal.

In FY 2018-2019, 11 new officer positions were budgeted, all of which were filled, department spokesperson Grant Cottingham said. The department asked for more officers this year in response to the growing population and call volume, he said.

The types of crimes also drive the number of police employees the department requests, he said. Larceny and theft are the most common crimes in Frisco, but the city has also seen an increase in the number of vehicle thefts, aggravated assaults and rapes in the past 10 years, according to crime statistics.

Cottingham said it is too early to tell how the budget will affect police operations, but the department is planning for all contingencies.

Combined, the Frisco Fire and Parks and Recreation departments asked to add almost as many employees as the police department, requesting 10 and 8.25 full-time equivalent employees, respectively. Altogether, city departments requested the addition of more than 50 employees for FY 2019-2020.

With the revenue restrictions Frisco is facing this year, Purefoy said the city had to choose what not to fund. He said not funding additional positions would allow existing staff to have updated, functional equipment while receiving the salaries they deserve.

“If you don’t stay on your replacement schedule, especially for the Tahoes for the police and some of the equipment that’s out—your employees can’t do their work if their equipment is always down,” Assistant City Manager Nell Lange said.

Council Member Will Sowell, who serves on council’s Budget and Audit Committee, said the committee had a healthy discussion of possible budget solutions, including raising the tax rate. Ultimately, the committee and council agreed the city could provide the same quality service to residents without additional employees, he said.

“If we ever got to a point where that wasn’t the case, then we could certainly have a discussion about how we maintain the high level of service that Frisco residents expect,” Sowell said.

Multiple factors are contributing to a projected $5 million loss in revenue for the city in FY 2019-20.

Senate Bill 2 aims to reduce property tax bills for homeowners across the state. The legislation mandates a city’s property tax revenue growth on existing development cannot exceed 3.5% year over year. Though the law will not go into effect until FY 2020-21, the city decided to comply early.

As a result, Frisco’s tax rate is proposed to stay the same at $0.4466 per $100 valuation, resulting in projected property tax revenue growth of 2.16%.

Frisco also saw fewer sales tax dollars in the past year than expected. The city projected a 5% sales tax revenue increase, but the actual number was closer to 1%, equating to about $3 million less in revenue. The closing of Stonebriar Centre’s Apple Store in April was one likely factor, according to the city. More retail and dining competition in nearby cities and a shift to online shopping may have also played roles, Purefoy stated in the draft budget.

Stonebriar Centre holds hope for additional sales tax revenue, however. An Amazon 4-star store will open at the mall this fall and will bring a variety of top-selling merchandise and Amazon brand products. KidZania will also open this fall at Stonebriar Centre. The child-sized city offers an interactive, curriculum-based experience where children can try more than 100 careers.

For next year, though, another hurdle the city could face is a national economic downturn. Multiple economists predict a recession could arrive by late 2020. Frisco Mayor Jeff Cheney said the city is trying to stay ahead of the economic curve by taking a conservative approach to the budget this year.

“We’ve lived through the recession years back in 2010 and 2011 when things really got tight,” he said. “We’re trying to take a longterm approach and look at a few years at a time.”

Cheney said outcomes from the 2019-20 budget will guide the city in future budgets.

“If there was a flip in service, we would certainly respond in future budgets because we clearly know what our residents expect here,” he said. “Our residents expect the best of the best, and we’ve always delivered on that in good times and bad.”
SHARE THIS STORY