Chinese development group to bring mall project to US 380 corridor 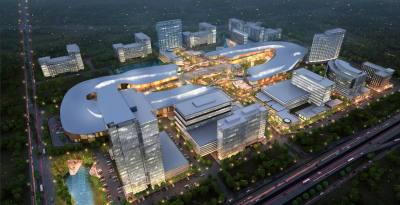 A multilevel mall project is planned to introduce Chinese home goods to the American market.

Frisco City Council approved to rezone 77 acres on Tuesday along US 380 for a multilevel shopping center project with additional retail, office, hotel and urban-living residential units.

The rezoning request was approved with the condition that the developer would begin construction on 100,000 square feet of office space plus the first phase of the mall and retail aspects before receiving a building permit for any residential building.

Lesso America, a subsidiary of building material manufacturer China Lesso Group Holdings Ltd., has owned the land for two years and plans to move its American headquarters to the development.

Barry Hand, a principal at architecture and design firm Gensler, said the development would introduce some Chinese manufactured home goods to the American market and include other non-Chinese brands in the mall, which he loosely likened to IKEA.

Ron Patterson, president of Frisco Economic Development Corp., said the project is valued at about $2 billion, which would bring in a lot of tax revenue.